Riding a Segway isn’t Easy, Just Ask All These People Who Got Filmed Falling Off Them 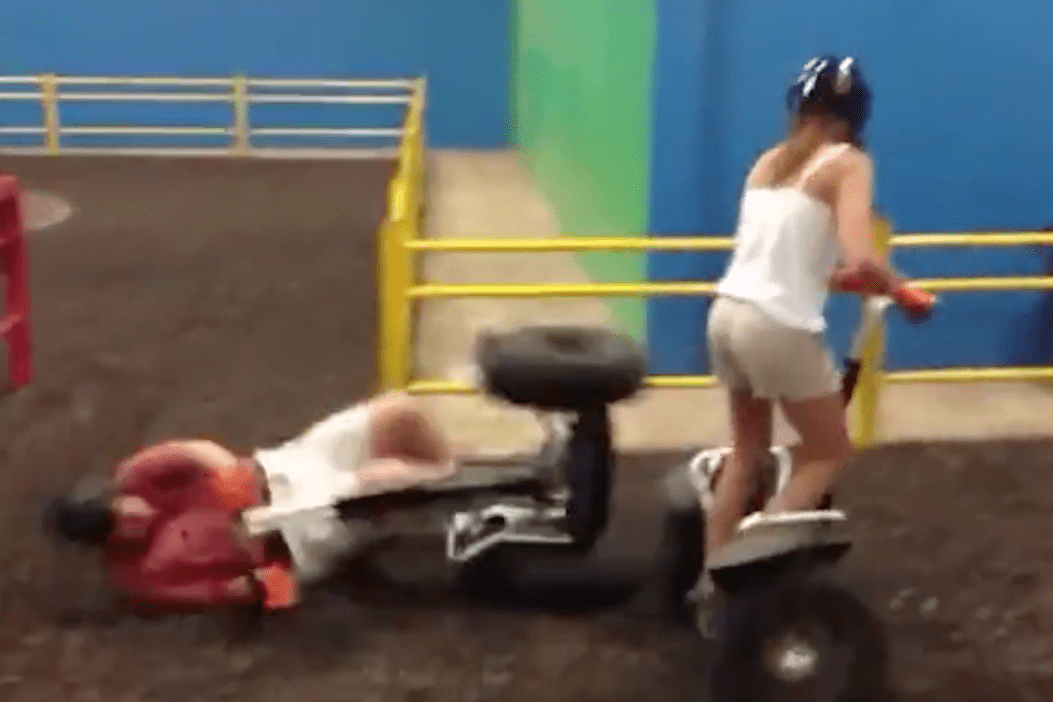 Even though the Paul Blart: Mall Cops and low-level police officers around the nation are masters of the Segway, regular people who try out the two-wheeled machines often have a more difficult time on them. The internet is full of so-called ‘Segway fail’ videos, but this complication is about the best that we’ve seen.

A Compilation of the Funniest Epic Segway Fails

According to their website, Segway, the self-balancing electric scooter and personal transporter, was founded as “The Company” in 1999, and in 2001, the device was unveiled on “Good Morning America.” In 2002, the motorized personal transports hit the streets.

It was long after that the balancing scooter hit the streets that many of its riders started literally hitting the streets as well. The e-scooter may look easy to ride but not everyone has such an easy time with it. These fail compilation videos are some painful evidence of that. You have to wonder, is there anything more painful, if not to one’s body than at least to their spirit, than a Segway fall?

​But are Hoverboard Fails Worse?

Whether we’re talking hoverboards or Segways, falling off of these things looks abysmally painful. Hitting concrete going even ten miles an hour is no fun, and many a rider of these kind of fun but not very safe “vehicles” has introduced quite a few faces to placement. We should all, as a society, collectively reject riding these vehicles. They’re fun for maybe ten minutes max, in the case of Segways make you look like an absolute twat while riding them, and if and when you do fall off of them you completely wreck yourself. Human bones were not made to survive riding something this lame and this dangerous.

This article was originally published March 8, 2017.