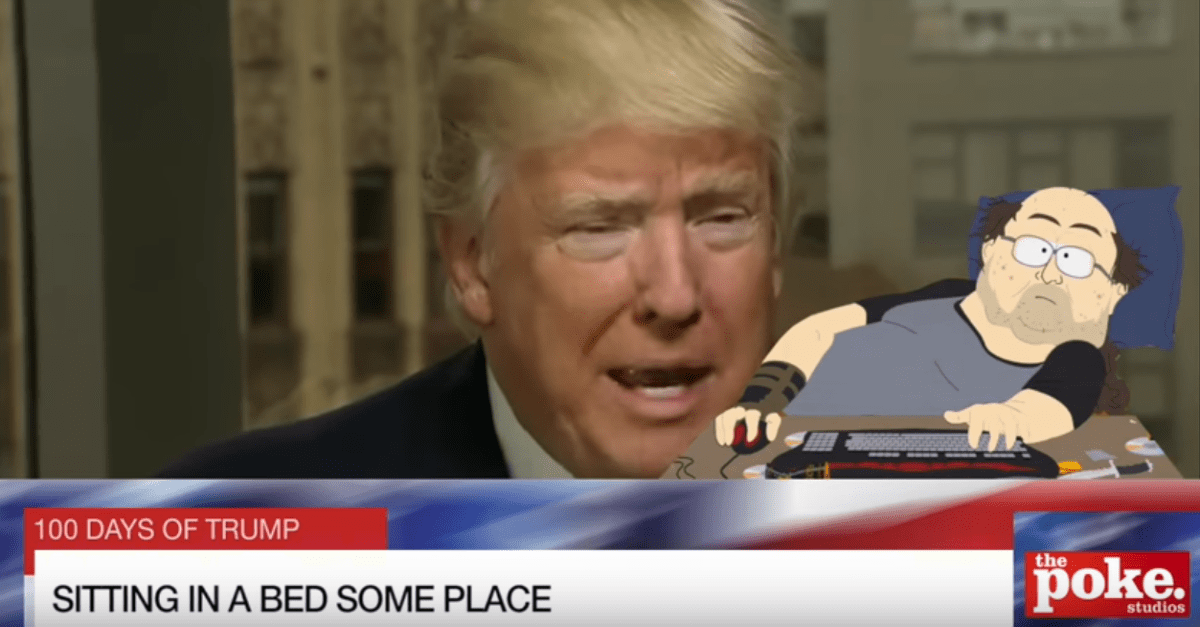 The American president has always been the biggest player in the world, but President Trump has effectively hijacked the news. The major media networks are consistently rolling clips of him signing bills and shaking hands.

With all this time in the spotlight, President Trump has made a lot of statements, enough it seems, to autotune him.

RELATED: In a moment of true productivity, here’s Sean Spicer counting to 100

There’s also a wonderful moment when he sings about Obamacare and another when he laments the terrorists in the United States.