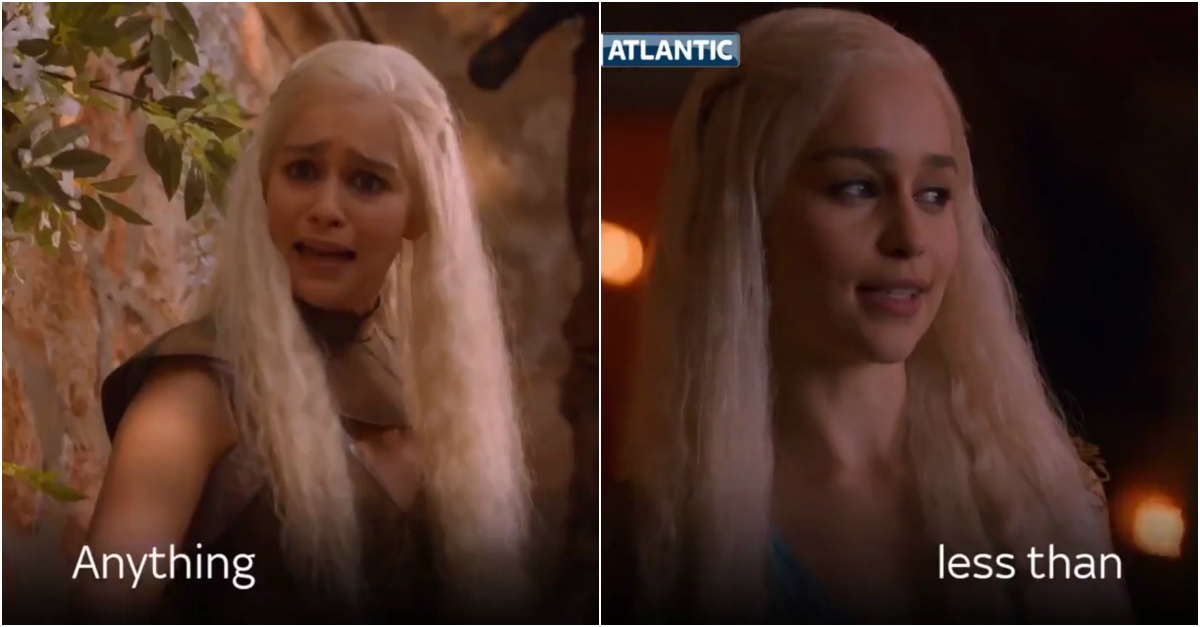 This brilliant mash-up video was originally made as part of a “Game of Thrones” promotional campaign for the U.K. network Sky Atlantic, but we found it hanging around on the Retro Miami Nights YouTube channel.

RELATED: Pauly Shore?s ridiculous impersonation of Stephen Miller is the next big thing

It’s a series of very short snippets and soundbites taken from multiple episodes of the insanely popular HBO series edited together and played over top of a vocal-less version of Vanilla Ice’s “Ice Ice Baby,” so that it sounds like the characters are performing a karaoke version of the song.

It must have been very difficult to edit, but whoever is responsible deserves to rule over the Seven Kingdoms.