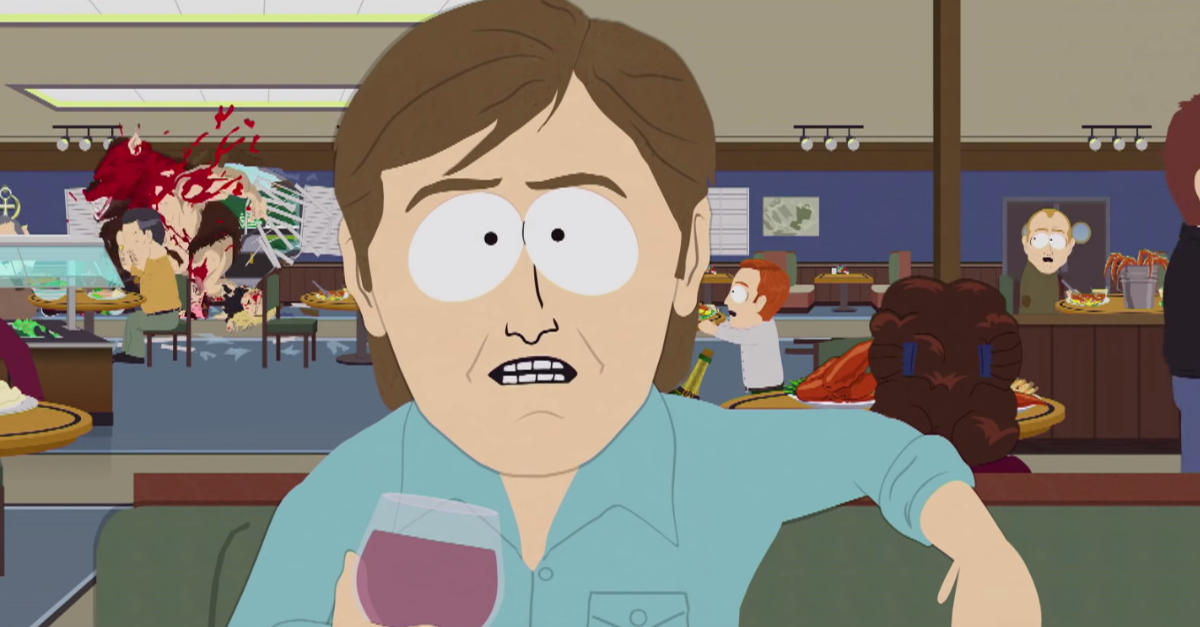 Global warming is real. I don’t know what else to tell you. There are man-made changes happening to our climate, and it’s causing the earth to get hotter, ice to melt, oceans to rise, and giant, violent storms to smash into our coasts with unprecedented force and frequency. All of this affects where most humans live. It’s not great. We really fucking need to do something about it before hurricanes start canceling more college football games I mean destroy our coastal cities.

Now, you don’t have to agree with that. You can be skeptical, despite the overwhelming evidence and nearly unanimous scientific consensus that climate change is real. It’s everyone’s right to be wrong. You can be wrong as shit, in fact. And that seems to be where the discourse is at with climate change these days. Still. Somehow. People are still passing off skepticism as a rational stance well past the point where it actually is. The whole point of skepticism is wanting evidence. YOU HAVE EVIDENCE NOW.

Enter this Comedy Central clip from this episode of South Park. It is a masterpiece minute or so from the animated series about climate change and the people still smarmy enough to be skeptical of it. It’s one of the legendary show’s greatest moments of satire ever, which is saying a lot.

For those who aren’t familiar, ManBearPig has long been a stand-in for global warming in the world of South Park. The mythical beast was first introduced in the 2006 South Park episode “ManBearPig.” The episode featured a needy, crazed Al Gore desperately trying to convince people that this “obviously” fake thing was real. Not coincidentally, the episode came out shortly after Gore’s real-life, Oscar-winning global warming film An Inconvenient Truth.

In their latest episode, “Time to Get Cereal,” South Park creators Trey Parker and Matt Stone pretty much admit they were wrong back in their 2006 episode. Whether the original ManBearPig episode was intended to be anti-global warming or to simply mock Al Gore isn’t clear, but whether it was intentional or not, the episode definitely gave the impression that the show’s creators were not only skeptics, but found the whole thing absurd.

They don’t feel that way anymore, and they said as much with this just stunningly brilliant scene. Who knew we could learn from such knuckleheads like Stan, Kyle, Kenny and Cartman.

Editor’s note: This article was originally published on November 12, 2018.

Watch: An Appreciation of the Funniest Christmas Song Ever Written