Man Tries to Smuggle A LOT of Cocaine Under Toupee, Fails Miserably 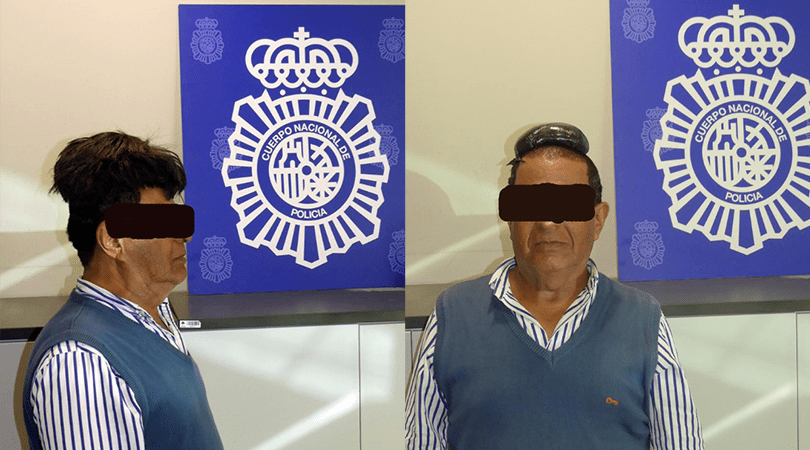 Looks like Ibiza is going to be a little less fun this weekend. A man trying to smuggle cocaine into Barcelona, Spain was caught almost immediately, because it turns out he’s terrible at smuggling cocaine. The man was pretty much instantly spotted by Spanish authorities because he was attempting to smuggle $34,000 worth of blow under his toupee. According to police, he was also acting nervous, presumably because he knew there was roughly a 99% chance he was going to get caught. It also absolutely could not have helped that he had just gotten off a plane from Bogata, Colombia, which is to cocaine what Orlando is to Disney.

As his mugshot shows, the man’s toupee was sitting about four inches off his head because of the big ‘ole brick of coke underneath. What, man? You don’t got a butt? It’s actually funny to imagine that originally his job was to smuggle way less cocaine, which he was going to shove up himself, but the cartel greedily added more to his haul at the last minute and he couldn’t fit it, so like a college kid writing a paper four hours before its due, he improvised. Poorly.

It’s too bad we don’t get to hear what this guy’s terrible lies about the lump on his head were. A tumor? A lump from being hit on the head with a mallet by a Looney Tune character? Cocaine but here’s a thousand Euros so shut up and let me through because otherwise they’re going to murder me and my family and feed us to a white tiger oh dear God why did I take this job? So many good ones to choose from.

Or maybe he just sighed and raised his hands as soon as a cop was like, “Hey. You!” That’s what I would’ve done.