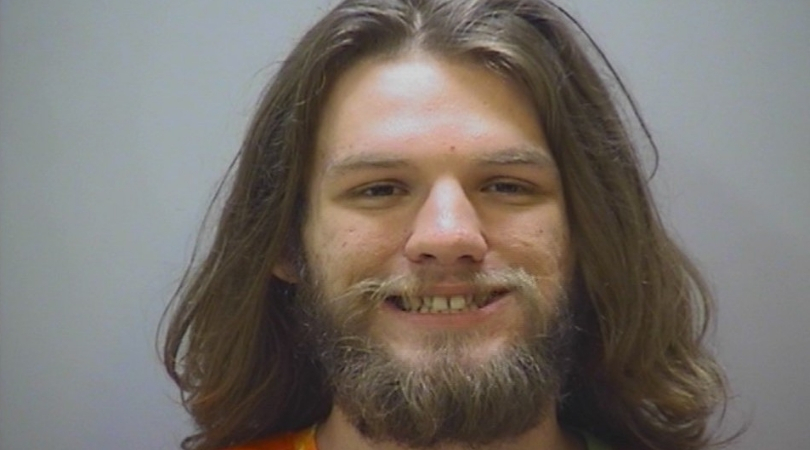 Just look at this mugshot, does this look like a man who regrets what he did? Nope. He knew he was going to jail, so why not just milk it a little bit more. According to authorities, 20-year-old Spencer Boston was arrested after police said he literally smoked a joint in a Wilson County Courtroom in front of a judge. The nerve on this man. Geesh.

Boston was called to the podium in front of General Sessions Judge Haywood Barry on a drug possession charge. According to Wilson County Sheriff Robert Bryan, Boston was simply “expressing a viewpoint” that marijuana should be legal. While talking, he allegedly reached inside his pocket and pulled out a rolled marijuana cigarette, lit it up, and smoked it.

Not all hero’s wear capes sometimes they smoke joints in front of judges in court. 🤣🤣

He then apparently tried to be cool and turned around to speak to those sitting in the courtroom, but officers immediately took him back into custody. Because well, this dude was smoking weed in front of a judge who was probably just going to make him pay a fine for his crime in the first place. Not this time though, I bet this judge was beyond levels of angry for being disrespected like that. Still, authorities did note that the marijuana didn’t have a strong odor, so that was appreciated.

As expected, according to Wilson County Sheriff’s Office Lt. Scott Moore, the courtroom burst out laughing and cheering. Sheriff Bryan stated it was “one of the craziest things” he has seen, especially since he was being led out of the courtroom through a small cloud of smoke. Which is what I would do it I was there, not going to lie. But honestly, in what mentality does this kid think it’s okay to light up a marijuana cigarette during his court appearance?

Boston is being charged with disorderly conduct, simple possession, and received ten days for contempt of court. Jail records state his bond is set at $3,000. This is so dumb, but then again, what do you expect from a 20-year-old who got arrested for the same thing the first time. What a dummy.