The late-night hosts all addressed Thursday’s hour-long media blitzkrieg by President Trump. Seth Meyers shredded the original jokes that his team wrote because they were worthless after the president’s appearance.

On Thursday night, Jimmy Fallon brought his Donald Trump impression out to lampoon the press conference that took the nation by storm.

RELATED: Alec Baldwin and Jimmy Fallon faced off with their best Donald Trump impressions in “Box of Lies”

Fallon opened his presser by announcing (in his best Donald Trump voice), “Buckle up, ’cause I’m coming in hot. This is gonna be a crazy one. Daddy came to play.”

RELATED: After the inauguration, Alec Baldwin may move his Donald Trump impression on to bigger and better things

While Fallon’s Donald Trump appearance seems to be on the edge of going viral and was the talk of the entertainment journalists everywhere on Friday morning, not everybody is a fan. A few weeks ago, left-leaning website The Daily Beast wrote, “Dear Jimmy Fallon, your Donald Trump parody needs to stop.”

However, with Fallon behind the edgier Colbert in the overall ratings and his presidential parody turning heads, it’s unlikely that he’ll move away from his over-the-top commander-in-chief. 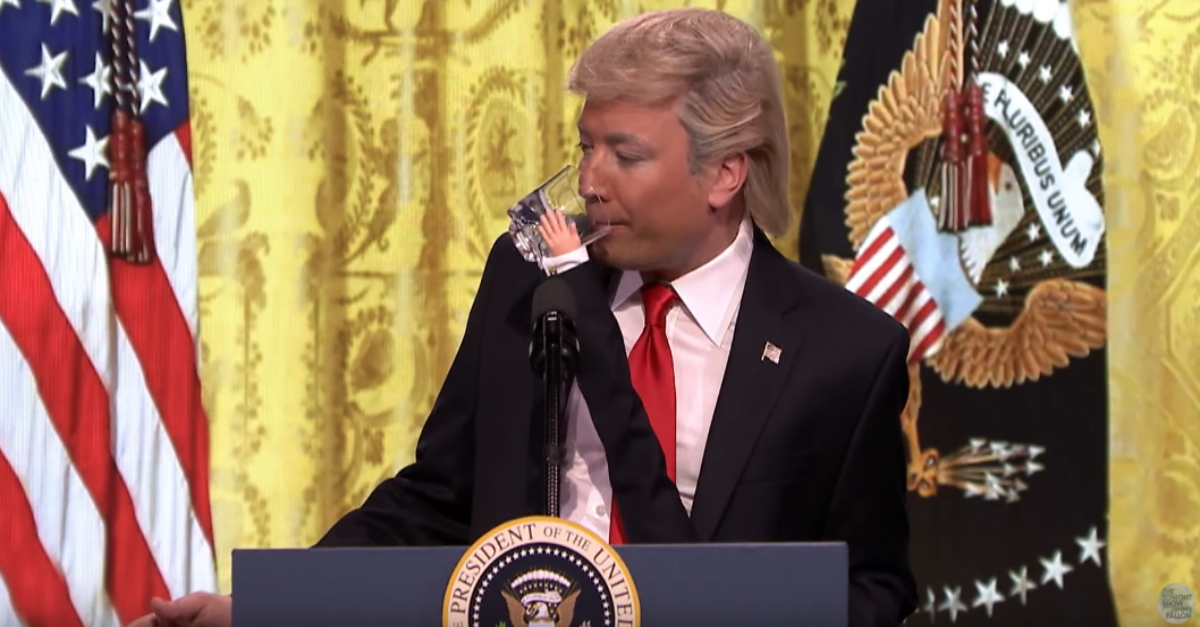