For the left, there have been a lot of Stephens that they see as wrecking the democracy. Stephen Miller and Steve Bannon both have leading roles in the Trump administration. Bannon has a very leading role in the Trump White House.

RELATED: Left leaning Stephen Colbert has a lot of reasons to be a President Trump fan

On Friday night, Colbert addressed the abundancy of Stephens, apologizing for “Stephen Miller, Bannon and Mnunchin.” Colbert also lampooned the president’s campaigns tours, which over the weekend with his appearance in Flordia. He joked, “I know it doesn’t feel like he’s been in office for four years, but it does seem fast.”

Colbert has been enjoying the highest ratings in his time slot since he’s gotten the opportunity to blast Trump. 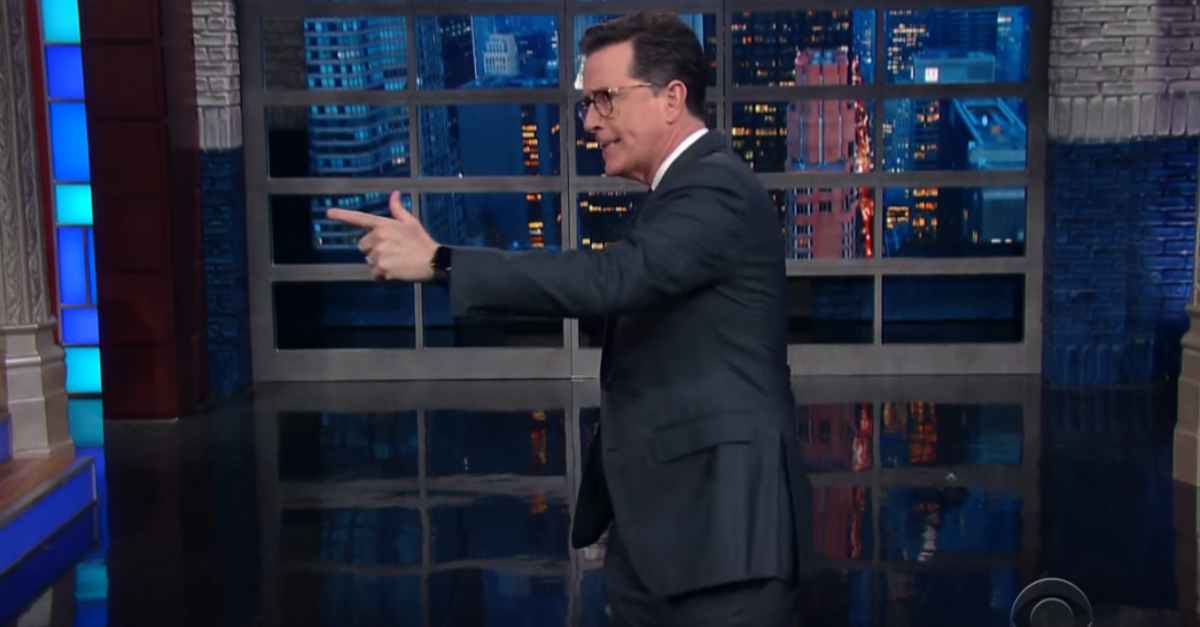