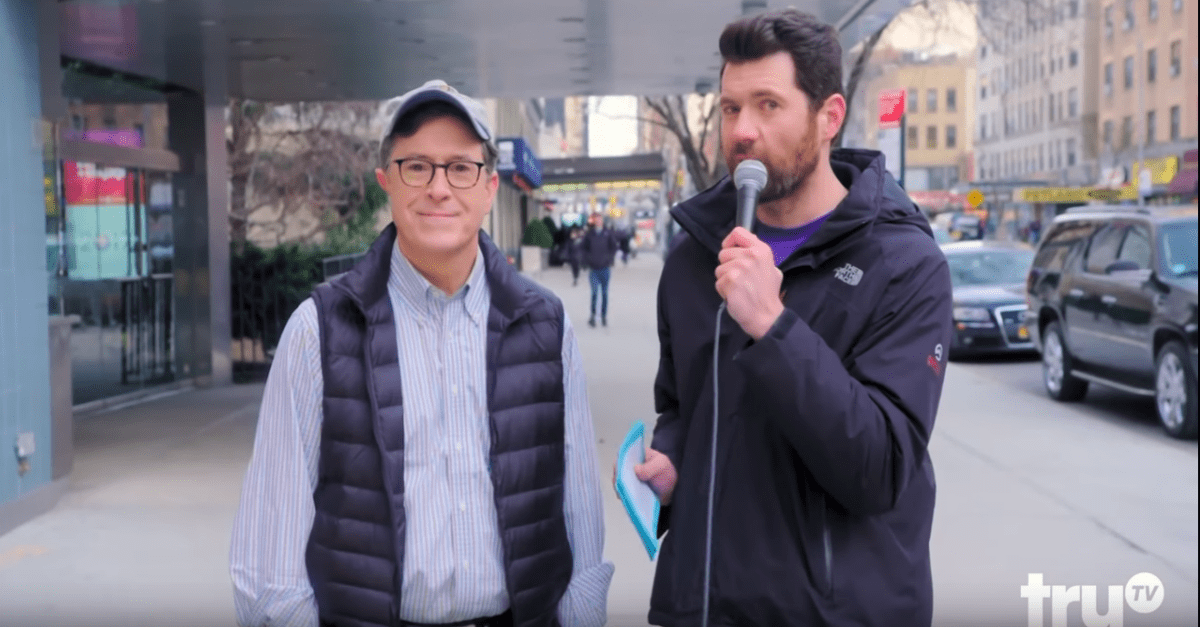 It’s easy for residents of cities like New York; Washington, D.C.; or San Francisco to be hypnotized by the echo chambers that they live in and assume that the rest of the world feels and thinks similarly.

RELATED: Stephen Colbert has a new “werd” and it’s a hilarious shot at Obamacare plans

In the latest episode of “Billy on the Street,” comedian and self-described “proudly elitist, gay, Jewish, liberal, native New Yorker piece of shit” Billy Eichner hit the streets to talk to the people of the Big Apple about the “New York bubble.”

Eichner asked New Yorkers if there’s a message they want Colbert to send to President Donald Trump; the advice included “don’t be such a shallow creep” and “please don’t take away my health insurance.”

RELATED: Only Stephen Colbert could stay in character during a Congressional hearing

Most people didn’t feel that they’re living in a bubble, but roundly agreed that they’re very happy there. Meanwhile, Eichner declared that he’d love to be “in a smaller bubble.”