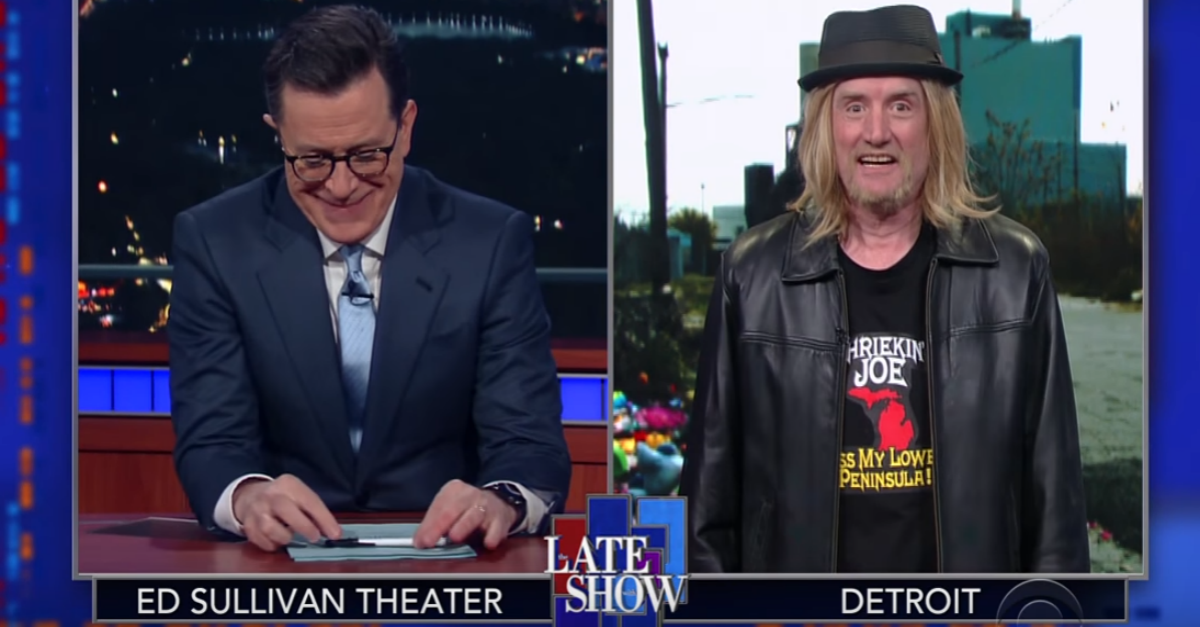 Singer-turned-grill designer Kid Rock has announced a new line of grills and floated the possibility that he’ll be vying for a Senate race soon.

But Colbert’s friend Shriekin’ Joe isn’t so happy that Kid Rock has captured the monopoly on American badassness. As he explains, “Anyone can make a grill seem badass — it’s a metal box that uses fire to burn meat.”

RELATED: Left-leaning Stephen Colbert has a lot of reasons to be a President Trump fan

To prove that he’s the real big man on the music circuit, Shriekin’ Joe is unleashing a series of “American Dumbass Fun Time Ice Cream Machines.”