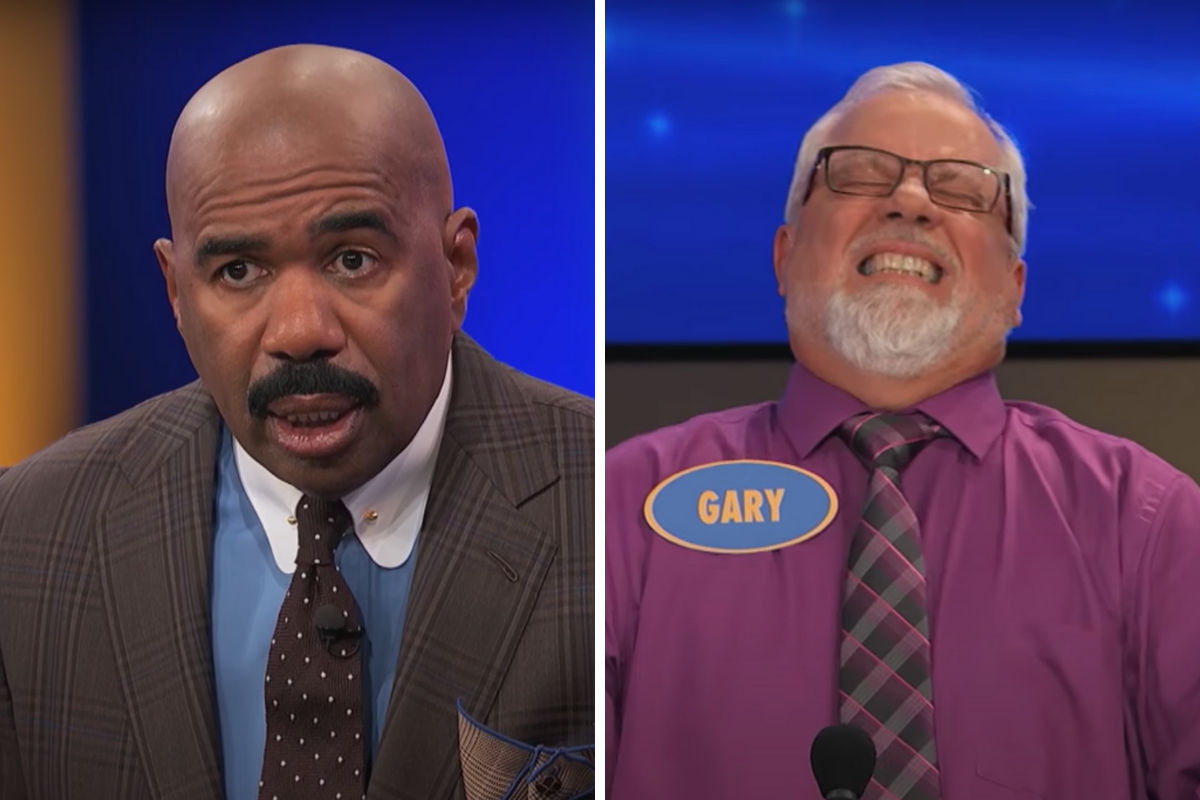 Game show contestants are a different breed. From modern stalwarts like Jeopardy to long-forgotten classics like The Dating Game Show, contestants always find a way to supply answers that viewers at home can’t help but laugh hysterically at and ask, “Who in the hell would say that?!”

There are wild and wacky responses, and then, there are the answers given on Family Feud that never cease to amaze host Steve Harvey.

In one edition, Harvey turns to the Borden family (any relation to Lizzie?) for a chance to steal. The question: things that a man might stipulate in a pre-nup that his wife is not allowed to use. I mean, some of these answers have to be obvious, right? His car and bank account came off the board numbers one and two; they’re no brainers. But after that, the Brown family was stumped.

Then, Gary Borden comes from the top rope with a, well, equal parts hilarious and ridiculous response.

And follows up, clarifying, as if we didn’t hear him the first time, “His seed.”

Gary asks if he needs to repeat his answer again, clarifying that by seed he indeed did mean sperm. Unsurprisingly, that was not a correct answer; the Brown family took the points. And for those of you wondering what the survey said, the answers included razor, toothbrush, boat, and tools.

Because yeah, men are very clear in the prenuptial when outlining their toiletries and preferred uses for them.

This article was originally published February 20, 2017.