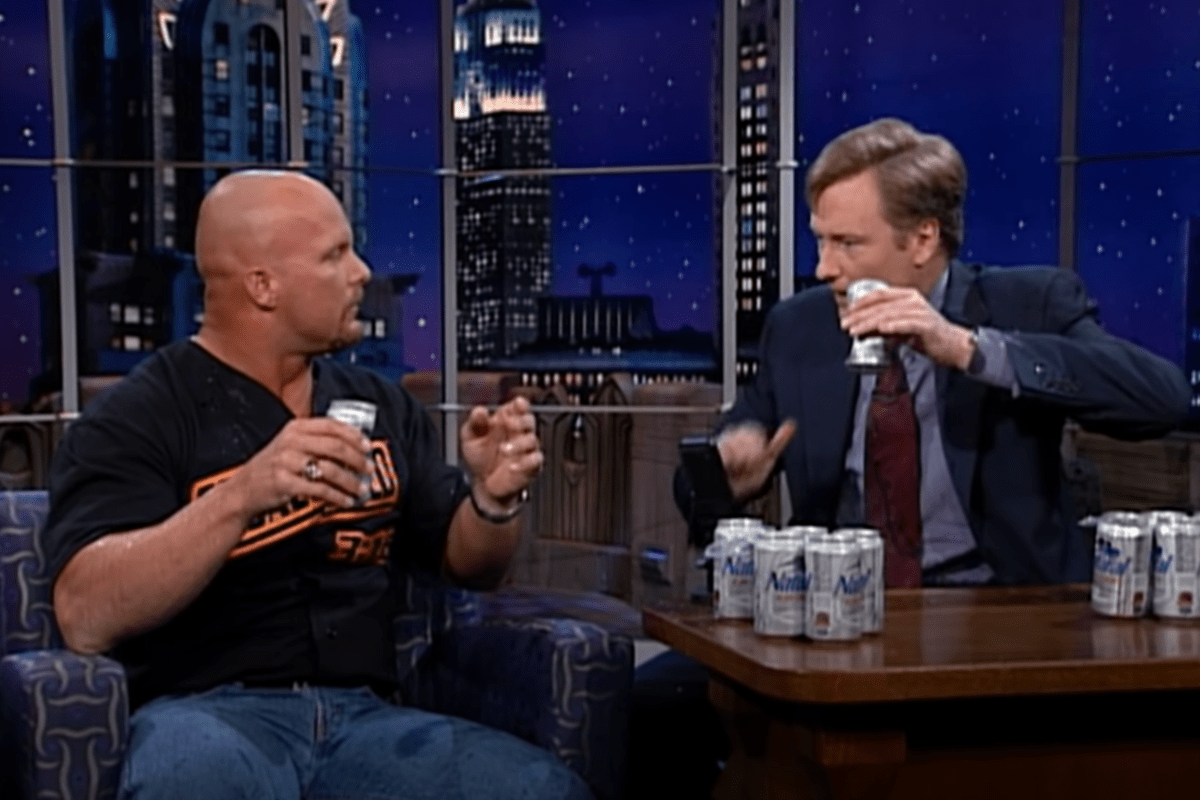 It was the last summer of the 90s. Seinfeld had just left the airwaves, Bill Clinton jokes dominated the late-night monologues, the Yankees ruled baseball, and the WWE (né WWF) had its greatest stable of wrestlers hitting the mat for Smackdown and Raw. On one of those summer nights arguably the most beloved of all the 90s wrestlers, Stone Cold Steve Austin, stopped by Late Night with Conan O’Brien on NBC to show the eccentric host and his sidekick, Andy Richter, how to properly chug a beer.

“Stone Cold” Steve Austin Demonstrates How to Drink a Beer

Naturally, on August 20th, 1999, every WWE fan in the country was excited to see Stone Cold join Conan on his late-night TV show in New York and demonstrate how to drink (or, rather, chug) a beer. And, thanks to the internet, we can watch that little piece of TV history on the Team Coco channel on YouTube. (Conan has long since moved to TBS but all of his clips from his NBC days are on the YouTube channel as well as his more recent stuff and online original content.)

Austin doesn’t disappoint either. He slams and chugs beers and attempts, to no avail, to teach Conan and Andy how to drink a beer like a true redneck. It’s just some quality 90s content.

90s WWE was the GOAT

The WWE superstars of the late 90s were a murderer’s row of wrestling legends and heels. Triple H, The Big Show, Mick Foley, Yokozuna, The Undertaker, X Pac, Kurt Angle The Dudley Boys and, of course, The Rock might have been Vince McMahon’s most exciting collection of stars ever. (John Cena even squeaked in there, starting WWE in 2000.)

But despite all those late 90s stars, as well as earlier wrestling legends who popularized Wrestlemania like Hulk Hogan and Andre the Giant, arguably no wrestler resonated with audiences quite like Stone Cold Steve Austin. The Rattlesnake. Austin 3:16.

Watch: SNL?s Tribute to President George H.W. Bush After His Death was Fantastic