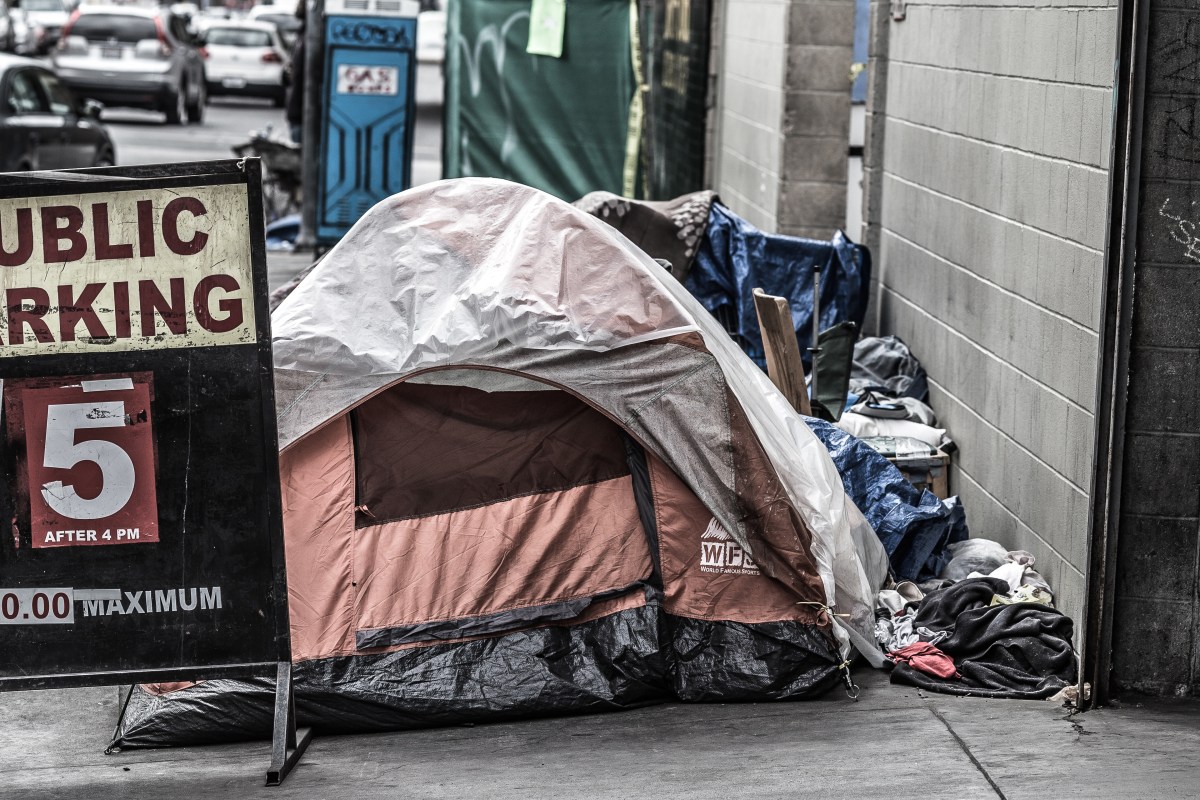 A Las Vegas strip club is receiving criticism for its recent act of holiday charity, handing out tents to the local homeless population with the establishment’s logo and name on them.

One Las Vegas mother — who is apparently unaware that she lives in Las Vegas — was outraged when she saw the tents Deja Vu Showgirls provided to the homeless while driving with her children. She claimed it caused her children to ask about the establishment, and what sorts of services such a business provided. She called the tents immoral and disgusting.

Deja Vu shot back at the mother, however, posting on their social media pages, “It’s a sad day when a strip club shows more humanity than an angry mother.”

It's a sad day when a strip club shows more humanity than an angry mother. https://t.co/YowYZtciYS #vucrew #charity #lovehttps://t.co/3pcAwo2Vq1

Deja Vu told KTNV that they decided to donate the tents in response to a Las Vegas ordinance that goes into effect in 2020 that will make it illegal for homeless people to sleep or camp in public spaces if space at local homeless shelters is available.

1. Lady, you live in Las Vegas. It’s not the strip club’s fault your kids now know about strip clubs, it’s yours. That’s like raising your kids in Seattle and complaining that they don’t get to play outside because it rains too much.

2. Also, just lie. Or be extraordinarily brief in your description of what a strip club is. No one is asking you to break down lap dances and how to figure out which dancers will do extra stuff to you in the Champagne Room. And what that extra stuff is.

3. ALSO, also…congrats on making the strip club you find immoral look like the good guys.

4. C’mon Deja Vu, you didn’t need to put your name on those tents. You wanted this. You knew some angry lady was going to complain and inadvertently give you good press. That’s some mutually beneficial charity right there. But, at the end of the day, it’s better those homeless have a little shelter. But you wanted this.

This story was originally published December 27, 2019.