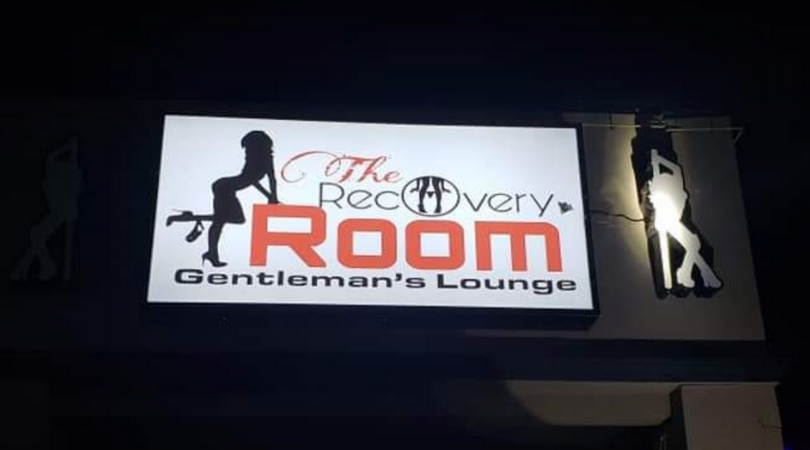 A car takes a sharp turn off the road and speeds into a strip mall parking lot. It cuts across the lot’s lanes and weaves dangerously between cars, both moving and parked. Finally, it squeals to a stop across two parking spots, smoke rising from its tires, in front of The Recovery Room. A woman bursts out of the driver’s side door. She rushes around to the passenger side. Tears stream down her face. Her breathing is hurried, frantic.

She grabs at the passenger side door handle but in her haste and panic, she misses. She grabs again, pulls the handle, and swings the door open. Inside, sprawled on the passenger seat, is her husband. A large kitchen knife is planted square in his sternum. His breathing is labored. His skin is pale. His eyes are half-closed. His clothes are soaked heavy with blood.

The woman leans into the car, puts her husband’s arm around her shoulder, and, though it is a struggle, pulls him out.

“You stay with me. Please Tim,” she tells her dying husband. “Please God. Please God, please.”

She carries him toward The Recovery Room. Her husband’s blood runs down her side. She leaves the car behind her, both doors still open, the lights still on, and the engine still running.

“I can’t… I can’t,” her husband whispers, drifting away.

“No! No you stay awake we’re almost there.”

She wants to break down. To collapse. She doesn’t. She tells herself there will be time to cry later. Just keep moving now. “Just move,” she demands of herself.

“Please! My husband has been stabbed! He’s dying! We need a doctor! Help!”

The man slides off his confused, distraught wife and hits the floor. There, fading away on the sticky carpet, he no longer has the strength to speak. Sensing his slip into darkness is almost complete he mouths ‘I love you’ to his wife. She is blinded by a wall of strobe lights and never sees. He bleeds out less than a minute later. The woman then, too, collapses onto the ground, not able any longer to maintain herself. A topless stripper named Tiphanii sees the couple, one dead and one detached, and rolls her eyes.

“Y’all are too drunk to come in,” she tells them before turning to the bouncer. “Winston you need to get these drunk motherf***ers outta here. Why you ain’t at the door?!”

All of that is, I guess, what the city of San Antonio and many of its citizens are afraid might happen if a strip club tentatively called “The Recovery Room” opens and begins operating under that name. Seriously, it’s a real name of a soon-to-be real strip club, and people are concerned about it. (I think it’s a great name.)

Read: Poll Reveals Which Cities Have the Most Annoying Neighbors in America