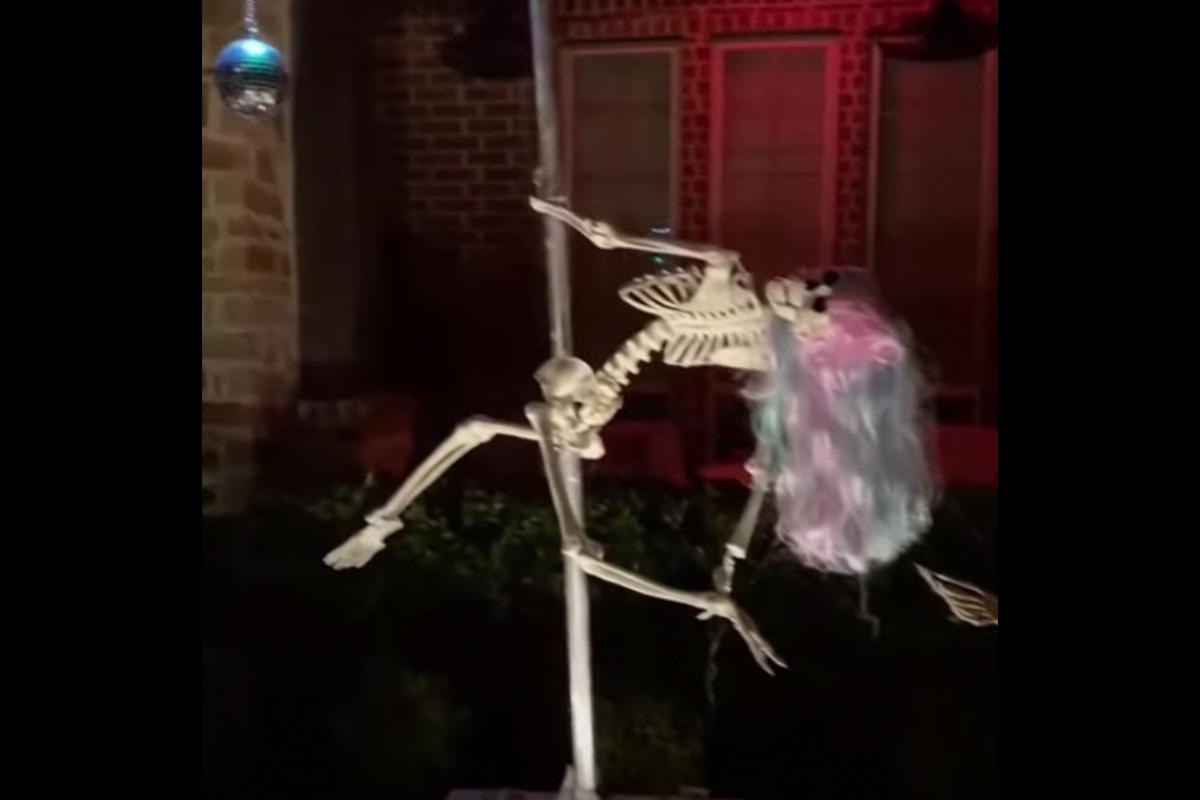 A Houston, Texas woman is in trouble with her neighborhood homeowner’s association because of her strip club themed Halloween decorations.

The HOA is NOT in Love with These Skeleton Strippers

Angela Nava of Richmond, Texas decided she wanted to bring some laughs and a little bit of joy to her neighborhood during this terrible year and the COVID-19 pandemic with this hot and spooky scene. She came up with the idea for a stripper themed Halloween display in her front yard months ago and when the season finally hit, she was ready with the necessary Halloween decor. She erected the skeleton strip club, complete with pole dancing skeletons and sexy lighting. People laughed. They took pics. It was a hit! Forget haunted houses, she had a lit AF Halloween party on her lawn.

Well, to some, anyway. For others, not so much.

The Sexy Halloween Skeletons were TOO Sexy For Trick-or-Treaters

Unfortunately for Nava, she lives in a “family-friendly neighborhood” or so the HOA claimed. It’s not appropriate for little kids in cute little Halloween costumes running up to houses to get candy to see some spooky dead strippers. The HOA has told her to take the creative Halloween decorations down but the deadline to remove them before she gets in trouble is after Halloween. With that being the case, Nava has decided to keep the decorations up, angry parents be damned.

And the best — and most typical — part of all this is that no neighbors have actually approached her about the unusual Halloween props decorating her front yard. They anonymously complained to the HOA and that’s it. Maybe it was the positions of the skeletons they had a problem with? There are some suggestively spread legs, after all. At least none of the dancers is doing anything appropriate with a Halloween pumpkin? (Personally I would have made the pumpkins the men in the audience and given them some singles.)

Watch: Frog Jumps Onto Little Boy’s Arm and Scares Him Senseless, Then it Jumps Into His Mouth