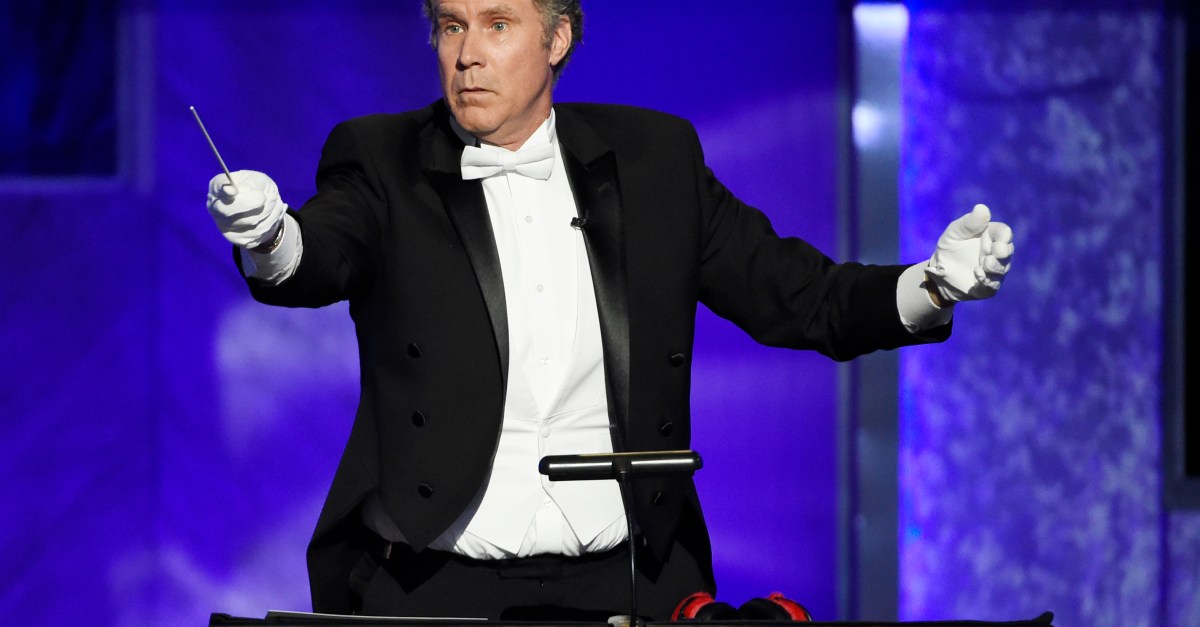 When Will Ferrell addresses the University of Southern California’s Class of 2017 the question is: Will he tell graduates to “stay classy,” as his TV anchorman alter-ego Ron Burgundy surely would?

Or will he bring to the university’s 134th commencement the Trojan football team’s beloved unofficial mascot, that cape-wearing, blowhard superhero Captain Compete?

In either case the devoted USC alum (Class of 1990), is expected to provide large amounts of laughs leavened with affection for his alma mater when he delivers Friday’s commencement address.

Ferrell, who earned a bachelor’s degree from the university’s Annenberg School for Communication and Journalism, is also one of six recipients receiving honorary degrees for contributions as civic, academic, scientific and arts leaders. Others include Oscar-winning actress Helen Mirren and Dr. David D. Ho, founding director of the Aaron Diamond AIDS Research Center.

RELATED: Will Ferrell hijacks Colbert’s show as an animal expert and chaos ensues

After leaving USC, Ferrell, 49, worked briefly as an intern in NBC’s sports department before deciding comedy was his true career path.

The Golden Globe- and Emmy-nominated actor-writer-producer joined “Saturday Night Live” in 1995, eventually becoming one of its breakout stars. He’s gone on to make such films as “Get Hard,” ”Elf,” ”Old School,” ”Blades of Glory” and “Anchorman: The Legend of Ron Burgundy.”

He was nominated for Golden Globes for his roles in “The Producers” and “Stranger Than Fiction” and Emmys for his work as a producer on television’s “Drunk History.” He received the Mark Twain Prize for American Humor in 2011.

He and collaborator Adam McKay created the long-running comedy website “Funny or Die.”

Over the years, Ferrell has been a supporter of numerous USC programs, including hosting the university’s School of Cinematic Arts’ 75th annual gala in 2004. He has also participated in the Swim With Mike for the Physically Challenged Athletes scholarship fund and other charitable causes.

He’s appeared as a guest drum major for the Trojan Marching Band and at football practices as “Captain Compete,” the comical masked superhero who exhorts the team to win when not busy claiming to save the lives of passers-by.