This Woman Believes Sunbathing Your Butthole Gives You Energy 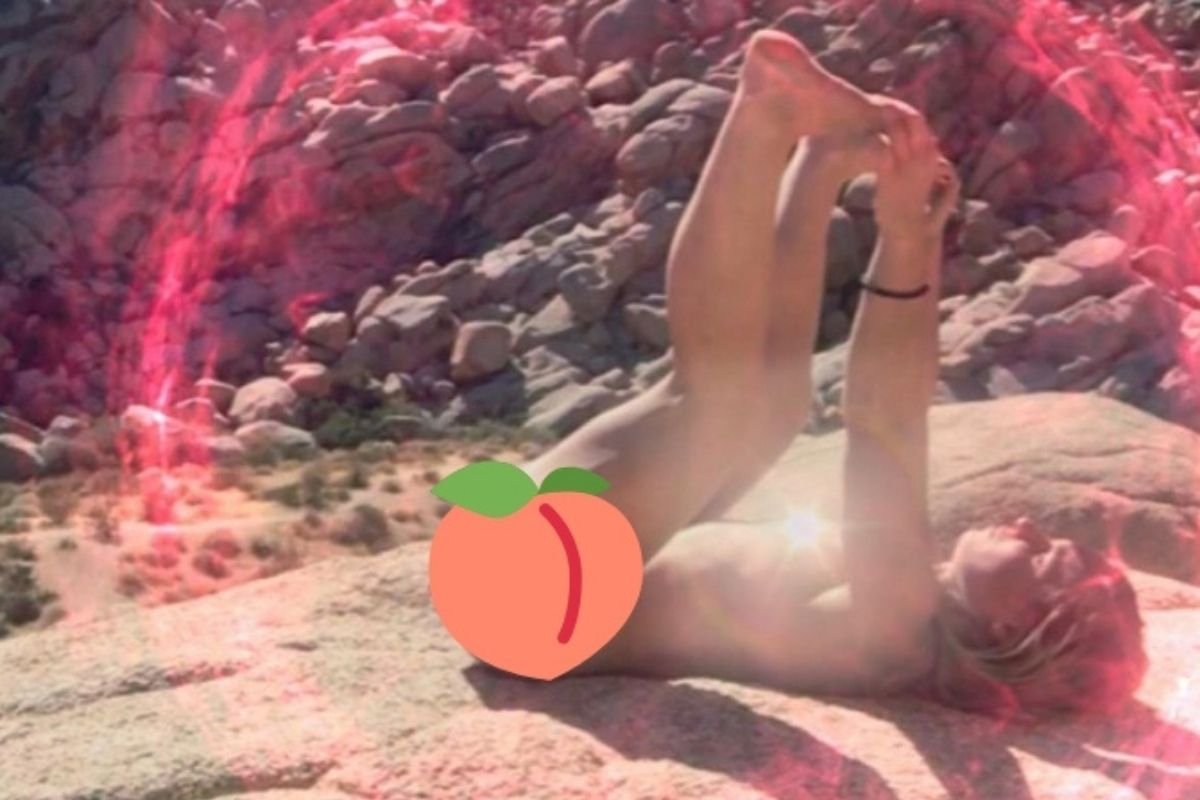 It all began with an Instagram post from Metaphysical Meagan who is surprisingly followed by 10,000 people. She posted a photo of her, naked might I add, with the caption, “For the past few weeks I have included sunning my bum & yoni🌺 into my daily rising routine.” She then continues saying that the benefits of “this practice”, which is 30 seconds of sunlight on your butthole, is equivalent to a full day of sunlight with your clothes on.

Does Sunbathing Your Butthole Give You Energy?

According to Meagan, this little stunt is an ancient Taoist practice that has been around for a while. Ever since she started bathing her butthole she has gotten surges of energy, better sleep, better connection to her sexual energy and control of her life, has creativity flowing through life, is attracting desire and intentions with ease, and is attracting soul tribe and people who are on the same frequency and wavelength as she is. Now, the only question I have here is…are these people also on drugs, or just plain crazy? HOW DOES TANNING YOUR BUTTHOLE GIVE YOU ENERGY? Someone please explain this to me.

Still, she continues to say that she usually spends 5 minutes doing this, but apparently, 30 seconds is all we need. It’s also apparently more energizing than drinking your daily cup of coffee and is an alternative to consuming caffeine that can disrupt you “adrenal gland health.”

As usual, Twitter went wild and began poking at the woman through tweets, because well, this is just insane. Really. I get the whole Vitamin D thing, but this to me just seems too much. Now, you can do what you want, expose your butthole to the sun if you want to.

That’s totally your choice, who am I to stop you, just wear some sunscreen. But I will tell you this…there is no scientific evidence to support the claim that tanning your butthole absorbs sunlight faster than your daily afternoon walk. I looked it up, I swear. Came out empty-handed.

“It’s been around for a while!”

I have a feeling my reality is a lot different than her's, would have to up my LSD intake about tenfold to be "on her wavelength".

on the one hand that is the dippiest naked yoga practice I've ever seen.

On the other, Meagan likely gained 8k new followers from that post.

I mean you can't buy that kind of, um, exposure