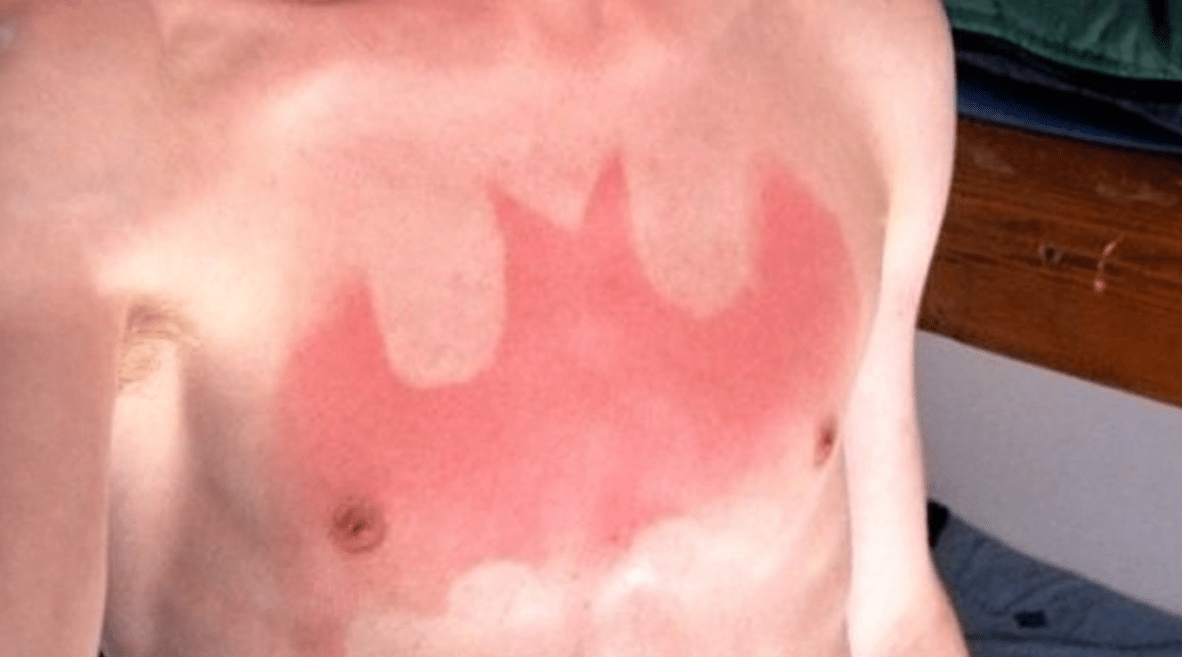 Let’s take a stroll into the future, shall we? It’s early 2020. A group of very cool teens are vaping bleach to get high as they all sit around in the backyard of a large suburban home. They’re doing everything they can to prove they didn’t deserve to be born into the lives they were given. They debate whether or not they should start a finger train later or watch a bunch of videos of murder scenes and body cam footage from lethal police shootings to give themselves rad nightmares that night. A strapping young lad named Brayden interrupts the discussion by yeeting off his shirt.

“F! I forgot to show you guys my sick new nip tumors.”

There, just as Brayden described, were two fat lumps on his chest. One under each nipple. Several of the girls in the group swoon at the sight.

“Yeet bitch check this shit,” shouts another boy, jealous of the attention Brayden is getting.

His name is Chayse. On his chest is a full outline of the Infinity Gauntlet in small tumors, with six larger tumors representing each of the six Infinity Stones. The group immediately names Chayse conductor of the finger train.

2019 SUMMER TREND? Sunburn Tattoos! “Sunburn tattoos,” a body-modification trend that first tried to happen in 2015, is heating up for the summer 2019 season, according to a new Inked Mag report. #sunburntattoo

Not as permanent as leaving a lover’s name on your arm, but probably just as questionable https://t.co/JfYCjz9SkB

Sigh…Here we are again with the latest ridiculous viral trend. No, it doesn't involve eating tide pods…but it's not any better.
Why health experts with @PiedmontMedical say "sunburn tattoos" could be the worst teen 'challenge' yet. Tonight at 11 on @wcnc pic.twitter.com/BAnkaSC6hP

That’s the future. I’m completely convinced of it after seeing this sunburn tattoo trend. If you aren’t aware of what this is, it’s exactly what it sounds like. People put some sort of stencil or design on themselves, lay outside until they burn, and then hooray they have a cool pattern and a higher risk of skin cancer. Let’s skip the niceties and just start rubbing asbestos all over ourselves so we can call it a day, huh?

Doctors, obviously, think this is insane. Despite how much money a legion of morons purposely harming themselves might make them they would still prefer if everyone would, instead, simply not try to get cancer. Must be that Hippocratic Oath.

So yeah, if you see any kids out there giving themselves a sunburn tattoo lock them in your basement until winter. Or something.