Even Superman has a humorous side.

At this weekend’s San Diego Comic Con, Henry Cavill, who plays the Man of Steel, went undercover to prank some fans.

One of those fans was the “Suicide Squad’s” Will Smith.

RELATED: A new mom milked an office prank idea for all it was worth and the result was hilarious

Wearing a Guy Fawkes mask, Cavill snapped photos with unsuspecting fans and finally revealed himself to Will Smith in hilarious fashion.

If the whole saving the day thing doesn’t work out for him, maybe he will be the next big YouTube prankster. 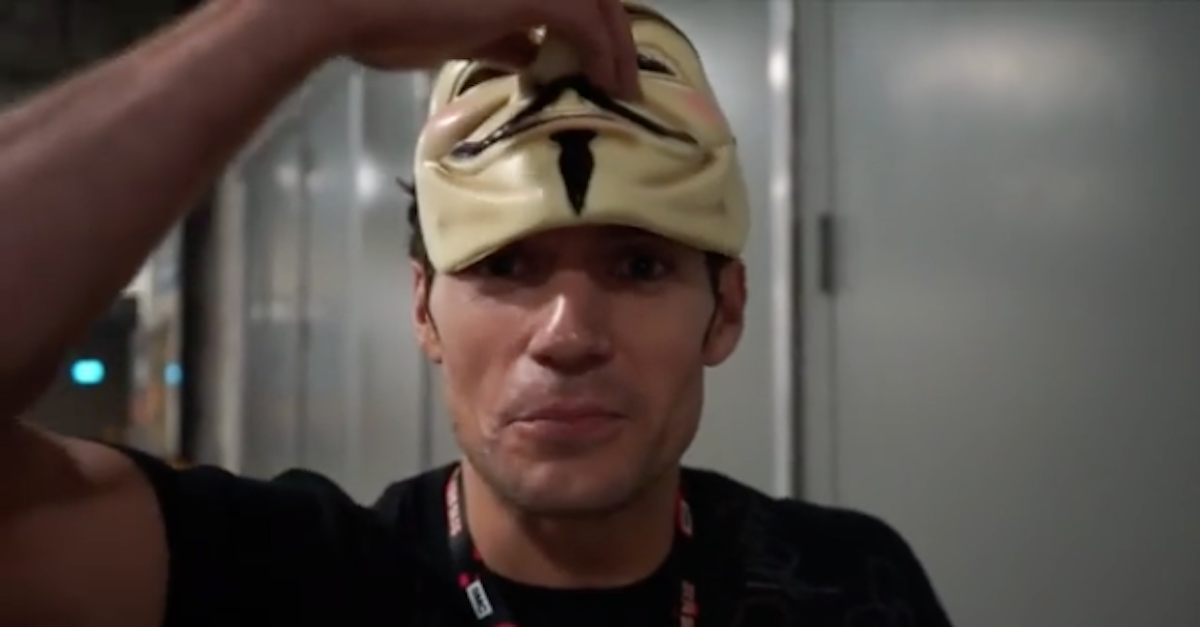