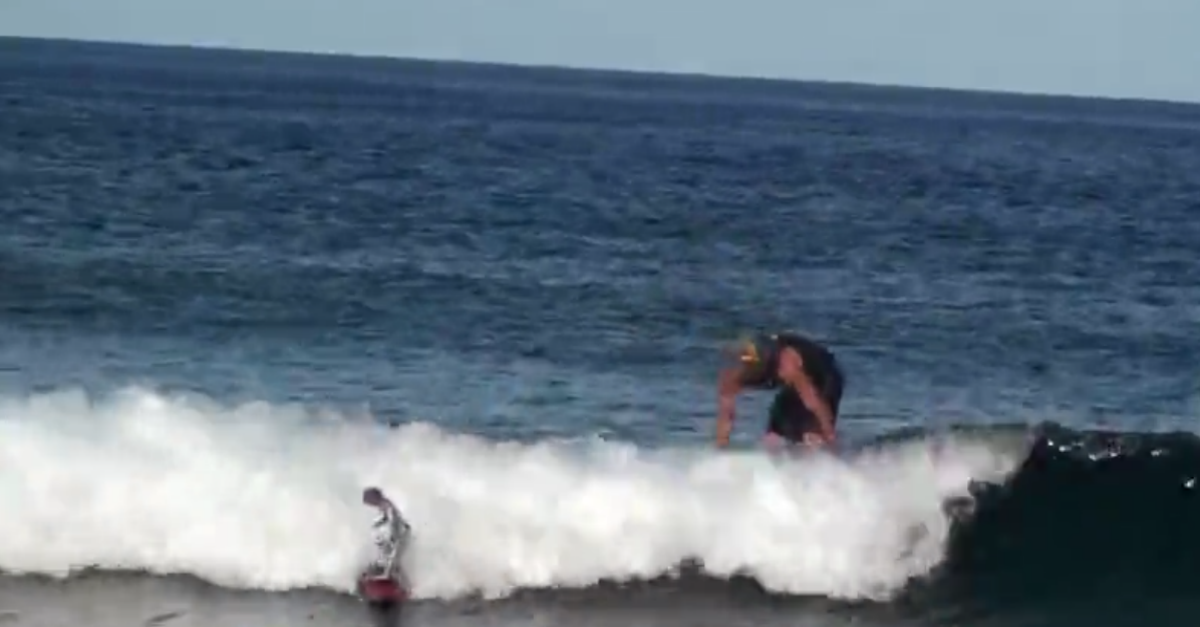 While there are stereotypes that surfers are laid-back hippies, there are plenty of tales of the fight for a wave erupting into an actual fist fight. And a video that’s going viral features a surfer getting hilariously trolled by a robot.

RELATED: Obese woman whose embarrassing moment at Walmart became an internet meme strikes back at her vicious trolls

He tries to evade the robot surfer and at one point tosses it into the waves, hoping to disturb it but the machine quickly rights itself. The leading insult for surfers is to call each other a “kook” or “barney,” but in this case, it appears that the robot surfer took the day. We’ve scoured the web, and we haven’t been able to find out what this machine is, but we definitely want one next time we go to the beach.

RELATED: Sad guinea pig gets the Simon & Garfunkel treatment as he reminisces about lost love and misplaced carrots