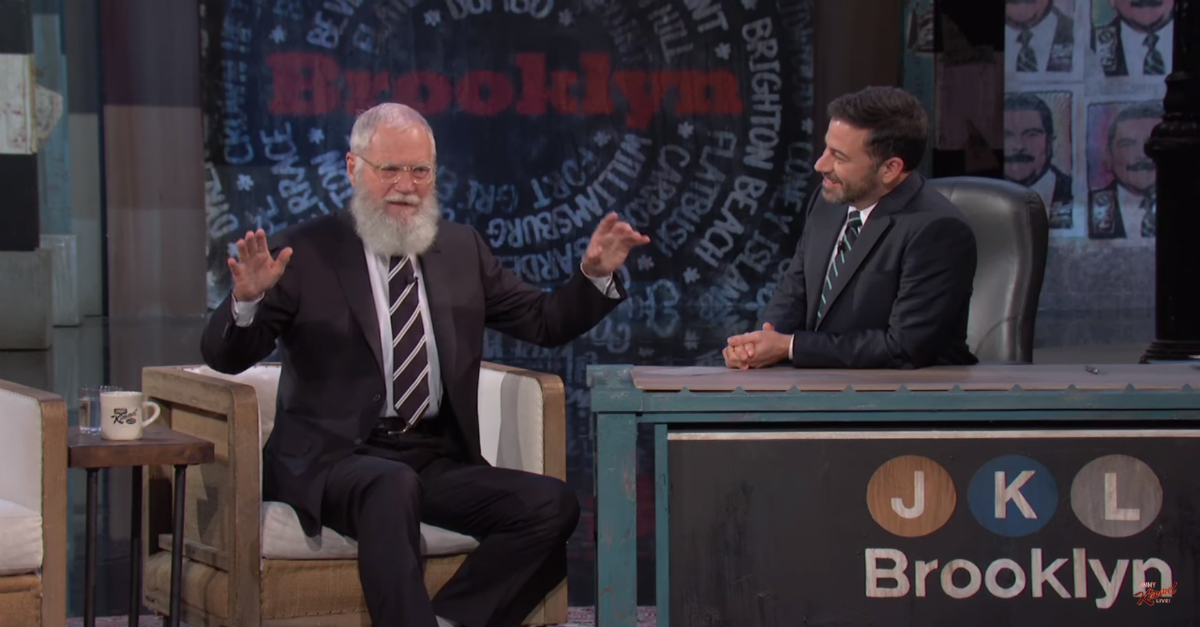 Fellow late-night legend Conan O’Brien was a guest on a recent episode of “The Late Show with Stephen Colbert” during which he shared a story that involved Letterman giving him an actual horse as a gift.

RELATED: This retro footage of Billy Crystal and David Letterman competing against each other in an obstacle race is just as brilliant as it sounds

Letterman began his tale by clarifying to Kimmel that, as a celebrity, he is expected to give people expensive gifts. One time, he gave a family member four individually wrapped tires for her wedding! He also sent Jimmy Kimmel all of his old ties. So giving O’Brien a horse seemed like a good idea.