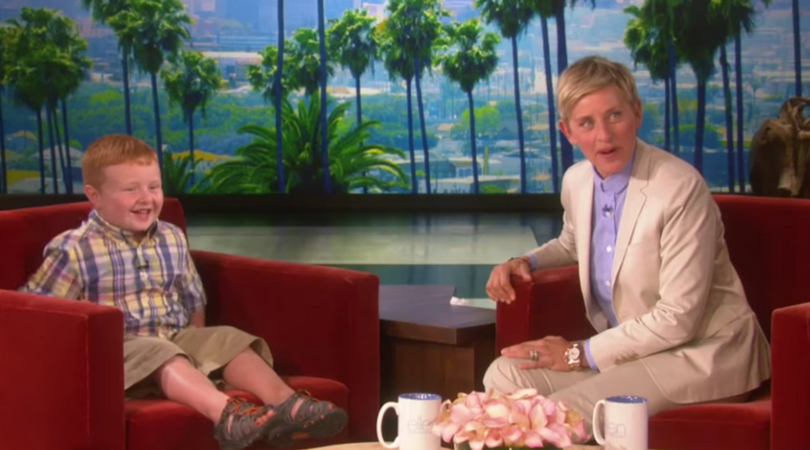 It’s no secret that sometimes, just sometimes, young children can say whatever pops into their head without thinking. Which is why it makes family gatherings so much better. Do you need to know the truth about what Aunty Becky said about you last Christmas when all the other grown-ups were laughing? Ask little 4-year-old Andy, she’ll tell you right away. It’s safe to say that they can easily entertain one, whenever time’s get rough, especially during times like these when COVID-19 and the coronavirus pandemic have taken over. Which is exactly why these talk-show hosts give these young kids major screen time whenever they get the chance to.

In case you have some free time and would like to spend a few hours laughing, I’ve got you. Check out some of my personal favorite tv show videos that have made my stomach cramp up from too much laughter, and we know the kids aren’t as fun when they get to high school anyways.

Take for example Jimmy Kimmel. He is known around the world for his famous “I Told My Kids I Ate Their Halloween Candy” challenge, and is known to interview young kids about the most bizarre things you can imagine. This time, he went around asking kids to explain how babies were made, and oh boy. Some of these are straight right cringe-worthy, and we are living for them.

I don’t know about you, but there is something about children being hesitant around their parents. Knowing they might get in trouble after, but then seeing the camera in front so they say what they can. Can we just talk about the ‘ABC’ girl, hands down the best answer out there? Who knew babies were made by singing the nursery rhyme “Black Sheep.”

Check out this next video that had me on the floor, after Jimmy Fallon asked them to describe their parents work. Some of these children are so naive, it makes everything better. If you ask me, they are some of the most honest people on the planet.

Wait, that’s not all! Remember that ‘apparently’ kid? Yes, little Noah Ritter who made his debut on the Ellen DeGeneres Show, bringing laughter and joy to your TV. He visited Ellen DeGeneres where both of them did a recap of all her favorite moments. The boy became an overnight sensation with local news station WNEP 16 about the Wayne County Fair and sparked the interest of DeGenerous for his hilarious response inviting him to her show.

My favorite response was when Ellen asked little Noah about his time at kindergarten, where he told her he felt like he was in prison for 10 days after they were holding him hostage for 11 hours. I don’t know what was funnier, Ellen’s laugh or Noah’s description of prison.

Then, of course, there are kids who don’t even know what they are doing, because they just want their parent’s attention. Which I mean, is normal when a two-year-old doesn’t really understand what he’s doing. During a BBC interview about the impeachment of South Korean President Park Geun-Hye in 2017, a professor working from a home who was being interviewed gets video bombed by his dancing children.

Check out The Daily Show with Trevor Noah, where he gives us a funny monologue about the incident. Can we just comment on how the girl walls in so carefree, immediately followed by a woman dragged them out of the room? The look on the man’s face just makes the whole video better.

Now, this wasn’t the only Late Night Host who actually partook in the gag. Ellen Degeneres, Jimmy Fallon and Jono and Ben also joined along on the fun.

And then of course, for all adults out there, the roles can sometimes turn around.

As a ‘bonus round’, here is Seth Rogan’s clip featuring Jimmy Fallon that takes the cake. The actor and comedian stopped by the Late Show With Jimmy Fallon to promote his new movie Like Father, and Fallon decided to turn his show dad-themed.

He asked Rogen to partake in a drop-dead hilarious game in which the two dramatically read text exchanged between children and their dads. I am pretty surprised as to how well these two were able to read the texts without stopping. As always, Fallon had a tough time keeping it together, but can you blame him?

Editor’s note: This article was originally published on March 28, 2019.