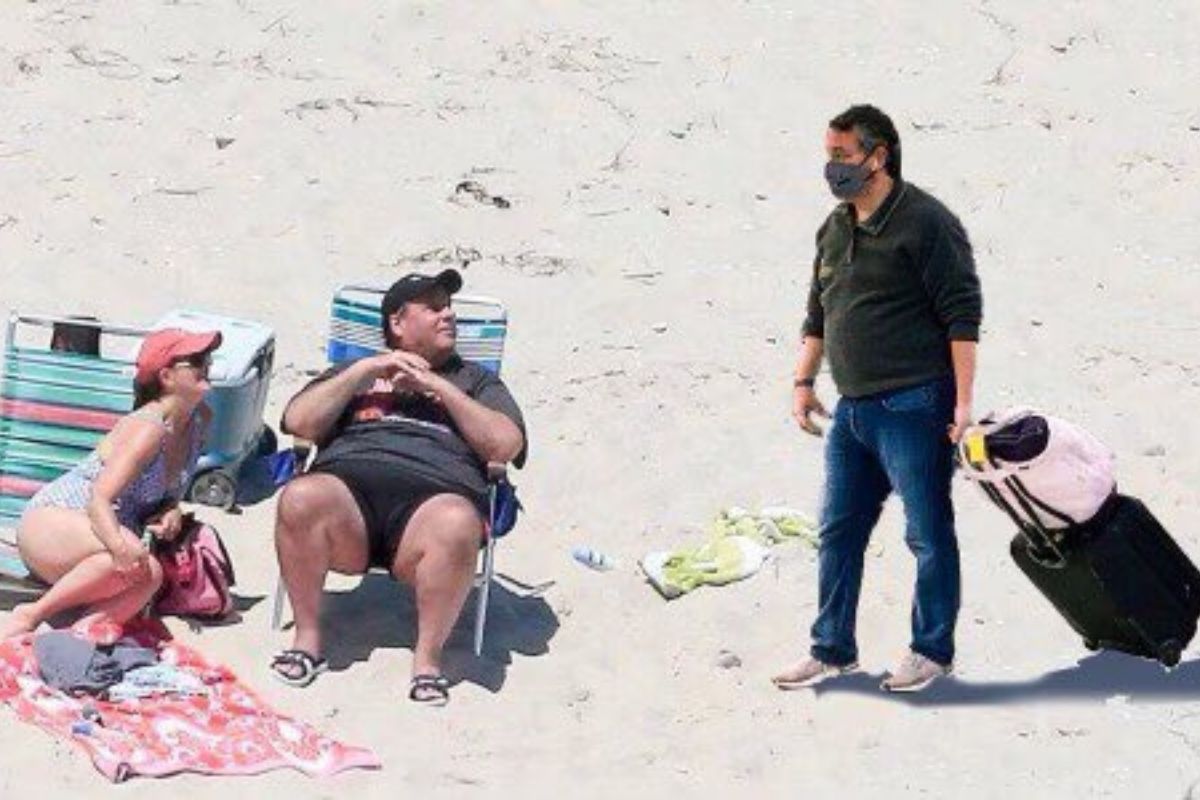 Chris Christie Relaxing on the Beach

For those of you who don’t remember, “Beachgate” (not to be confused with the governor’s prior scandal, “Bridgegate“) refers to when Chris Christie closed off New Jersey’s Island Beach State Park due to a government shutdown… and then hung out on it over Fourth of July weekend! Americans saw the aerial photos to prove it.

“I didn’t get any sun today,” Chris Christie famous told reporters at a news conference later that day… his spokesman later said that was true because Christie was wearing a baseball hat. When locals derided Christie as a hypocrite, the GOP politician remained defensive saying that sticking to his original trip plans simply meant he was “keeping his word.”

Sen. Ted Cruz and Gov. Chris Christie both made a bid for the White House back in 2016 but were handily slaughtered by opponent Donald Trump during the Republican primary. And now they’ve got a bully in common once again: getting trolled online over inappropriately timed family vacations. Gotta love a family man. As Ted Cruz put it so eloquently in his initial public apology, spending the week at the Cancun Ritz Carlton was just being a “good dad.” Frankly, I’m excited to see what new memes the next week brings.

Some of these internet mockings have been eerily accurate. Many feature screenshots from a 1993 Simpsons episode entitled “Marge in Chains”, when Mayor Quimby secretly spends time in the Bahamas while Springfield is dealing with a dangerous pandemic. Yes, that is literally the plot. But the photoshopped pics which show Ted Cruz pulling his suitcase up to a joyful Chris Christie at Island Beach State Park feel just as apt.

Chris Christie did not seek gubernatorial re-election following Beachgate, and he left office in 2018. How Texans will remember Cruz’s current scandal remains unseen. But surely we’ll find out when the humiliated Cruz inevitably seeks another term in the senate.