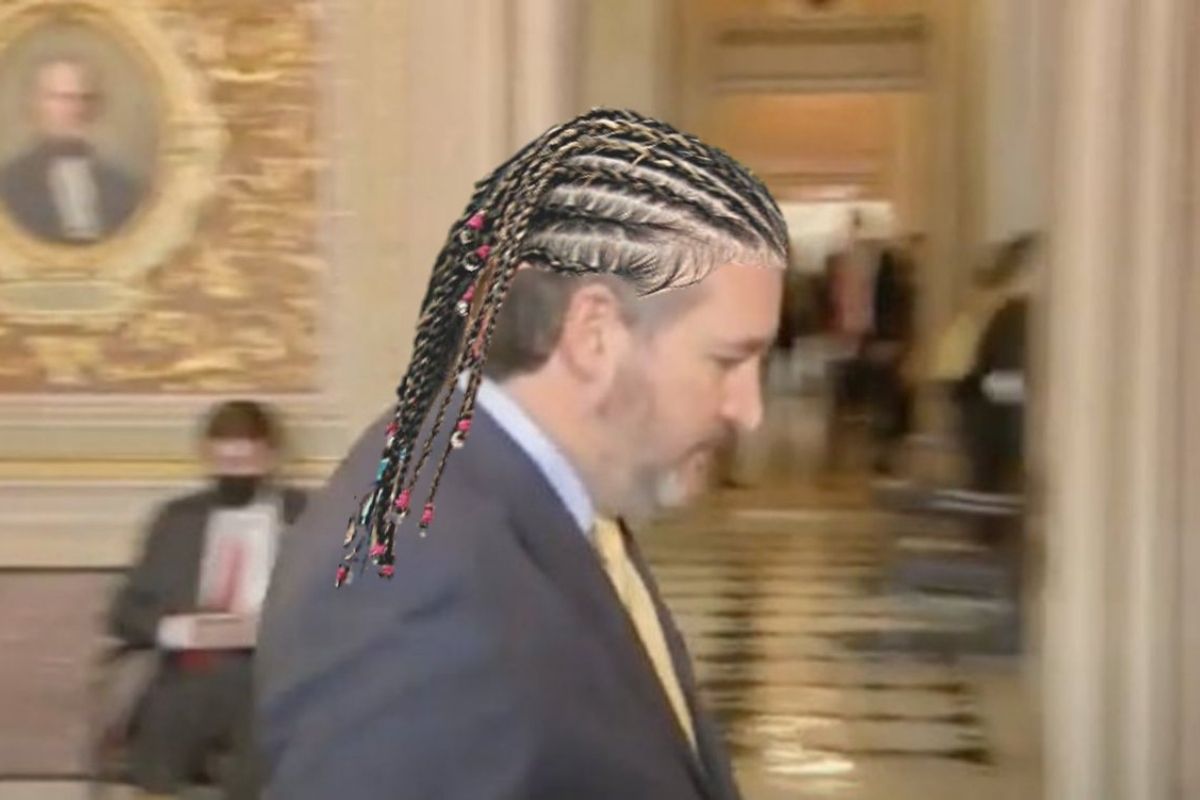 By now you’ve all heard that Senator Ted Cruz fled the great state of Texas during the deadly winter storm and resultant blackouts. As millions of Texans struggled to make it through the freezing week without power or running water, the well-known senator jetted off to a luxurious resort vacation in Cancun, Mexico. All of this, not to mention that the luxurious Mexican getaway look place in the midst of the Coronavirus pandemic. And Cruz’s excuses are dwindling. At first Cruz claimed he was simply accompanying his daughters on a flight to be a “good dad” but when that was revealed as a lie, Cruz said simply “It was obviously a mistake.”

Ted Cruz gained a national following during the 2016 Republican primary. Remember “Lyin’ Ted?” It was during that brutal cycle that frontrunner Donald Trump derided the senator with condescending nicknames and even went so far as to mock the appearance of his wife, Heidi Cruz. Cruz’s response? Wait until Trump became president, then publicly rally behind the bully with unyielding loyalty. Cruz was cringey enough before this vacation scandal. As his razor-thin midterm win against newcomer Beto O’Rourke proved, support for the senator in his home state was already declining. It looks like this Cancun trip may be the final straw.

Sen. Ted Cruz could have remained a semi-anonymous lawmaker. But he chose to spend the last few years in the spotlight, campaigning hard for the ousted president. Just last week Cruz worked to acquit Donald Trump during his impeachment trial over the Capitol insurrection. And now, that name recognition has come to haunt him. There’s not much that constituents can do right now, what with social distancing and flickering power outages, except get on social media. And man, have Twitter users turned out the #CancunCruz, #FledTed, and #FlyinCruz memes fast. The trending topic has led to hilariously photoshopped pics of Ted Cruz at the airport and even some excellently deployed content from The Simpsons. (Always relevant.) Take a look at some of the best.

"We will not go quietly into the night… 'scuse me, I need to get to baggage check." #cancuncruz pic.twitter.com/QGo4eNleqI

I don't know who made this, but THANK YOU #TedCruz pic.twitter.com/4hPPdjw8Ba

Hey #tedcruz…I’ve heard of kids being more successful running away from home than you. pic.twitter.com/JYPco646rn

If P.O.S. was a person. #TedCruz pic.twitter.com/y0RlVT8JlT

This picture has me dying😂 #TedCruz pic.twitter.com/T7x66ybGbU

Don Jr. would be proud, partying with the college kids. Snowflake Ted Cruz should put down the Margarita and help out Texas like AOC and Beto #StandForBetter#DemVoice1 #Fresh #wtpBLUE pic.twitter.com/lDl0ODHyiR

And my personal favorite

And what about Snowflake?!

Just drove by Ted Cruz’s house in Houston. His lights are off but a neighbor told me the block got its power back last night. Also, Ted appears to have left behind the family poodle. pic.twitter.com/TmLyGQkASy

According to this pic snapped in Houston by journalist Michael Hardy, the Cruz family did indeed leave their little poodle behind to weather the storm. Presumably with Cruz’s hired at-home staff. Must be nice!