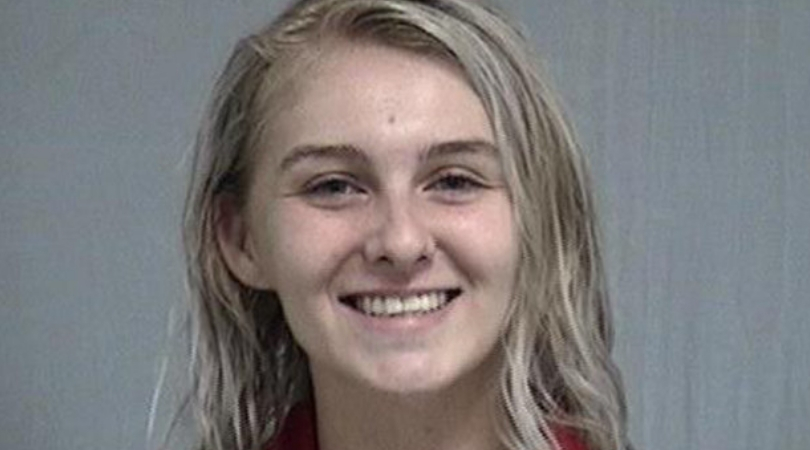 Teenagers scare the living crap out of me. I’ll admit it, you never know what they are going to do. It’s like they are the definition of hot and cold, one minute they are loving and the next they act like they were just visited by the devil. Okay, okay, maybe I exaggerated a little bit. But I’m close.

This Florida teen is the perfect example of it after she allegedly threatened and assaulted her grandparents with a knife because SHE WAS DENIED EXTRA TOMATOES AT DINNER. Yes, 19-year-old Katie Jade Gates basically lost her mind and attacked her poor grandpop because she was hungry. SEE! I told you they were crazy.

Gates was charged with aggravated assault with a deadly weapon and aggravated battery on a victim over the age of 65. According to the Nassau County Sheriff’s Office, Gates’ grandmother stated the teen got angry because she wanted to eat more than her fair share of tomatoes at the dinner table.

The teen began to throw a tantrum when she couldn’t have more tomatoes and became “disrespectful toward the other adults in the house.” Which clearly enraged everyone, because she is basically a grown-ass woman. Nobody wants to see a 19-year-old throwing an overhand strike while holding a knife.

Still, she continued and decided to hurl a water bottle where her grandfather was sitting and nearly hit him. She then threw a cigarette pack at her 73-year-old great-grandmother, striking her in the eye. When Gate’s grandfather tried to confront her about her stupid and unexpected behavior, a “further enraged” Gates then grabbed a knife and waved it at him while chasing him around.

All this while yelling, “Motherf—the speaker, I’ll stab you in your f—king face,” like the wonderful classy teenager she is, chasing down her poor grandfather out the door and poked the knife at his face. This man must have been terrified. So, fearing for their lives, the cops were called and after reading her Miranda rights, she admitted to throwing the cigarette pack at her grandmother while yelling obscenities. The teen also admitted to picking up a knife during the argument and walking outside to attack her grandfather but did not admit to purposely try to stab him.

Gates was released from jail after posting a hefty $18,000 bond and was ordered by a judge to have no contact with the victims. Which is kinda hard to do since the holidays are coming up, so who knows where she is going to spend Thanksgiving and Christmas at.

Still, I bet this woman was high or drugged up to a point where she blocked all of her emotions and just got really really angry because she was starving. We’ve all been there, but this is a bit too much. Tomatoes aren’t even that good, kid. Next time, just maybe grab some cookies from the pantry. Someone should make a spoof movie about this and call it Attack of The Killer Tomatoes.