That stock photo of a “distracted boyfriend” is now a Halloween costume, and we’re applauding 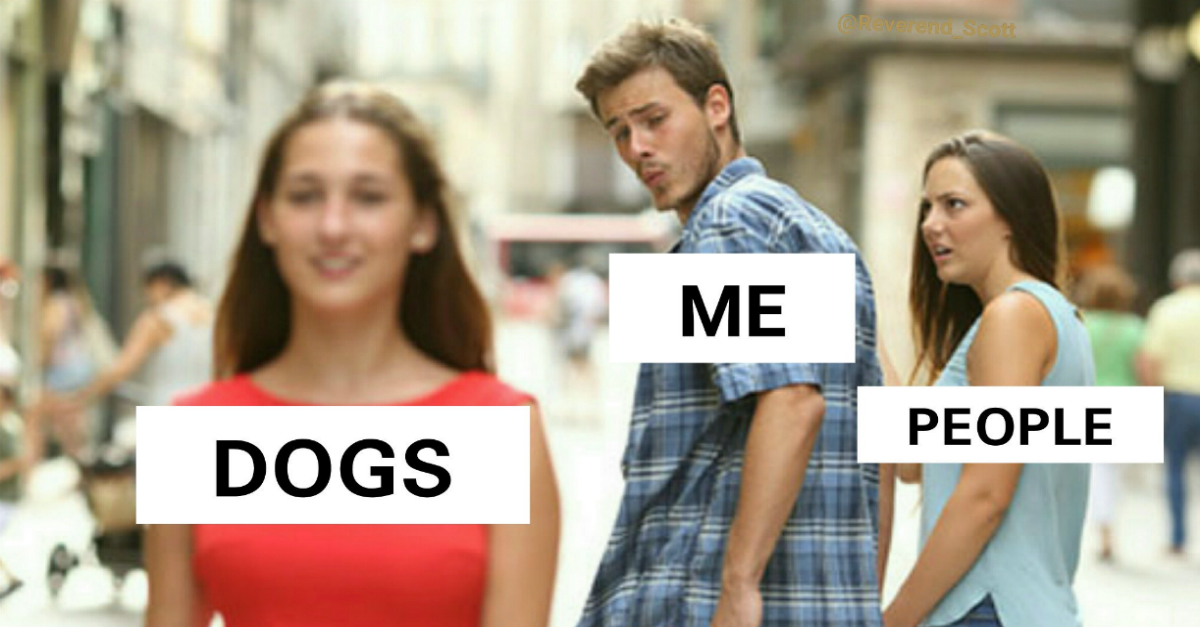 Remember the viral “distracted boyfriend” meme?! If you spend a lot of time on the Internet, there?s a good chance you?ve seen this meme in one form or another. What began life as a fairly innocuous — although slightly odd — stock photo of a man checking out another woman (who looks very similar to his current partner), ended up becoming one of the most memed images of the year when Twitter users decided to run amok by customizing the image. Here’s a few examples:

And our personal favorite:

Clearly, it’s popularity proves that it’s the meme that just keeps giving, so it only makes sense it would be re-imagined into a costume by some creative genius for Halloween.

Mitchell deserves major props for his attention to detail: he’s got the flannel, both of the women (one of whom appears to be a mannequin) are wearing identically cut tank-tops in red and blue, there’s the self-referential element of him checking out your costume. And the coup de grace: he’s nailed the posing and perspective.

Let’s hope Mitchel and his companions got a lot of candy.

I think this may indeed be genius in the true sense of the word. https://t.co/qy25wtOCnW