Besides being quick-witted, one of the biggest attributes needed for a successful improv is the ability to keep your composure. You never know what is going to come next, and you have to make sure you don’t fall apart on set.

Well, “fall apart on set” is exactly what happened here on this episode of “Whose Line Is It Anyway?”.

RELATED: Robin Williams proved he could do anything with this appearance on Whose Line

On this episode from 2003, Richard Simmons made a surprise appearance and everything went downhill from there. Simmons — short shorts and all — immediately made a palpably awkward impact, offering to be the prop for a game of “Living Scenery.”

It didn’t take long for Ryan Stiles and Wayne Brady to break down in laughter, as Simmons quickly stole the show from the veteran performers. It wasn’t long before everyone on the set was dying of laughter: the performance, host Drew Carey, and the live audience could barely contain themselves at one point.

Just watch out for those overly hyper jet skis, people.

RELATED: Sad news for fans of this TV legend as he makes this heartbreaking announcement 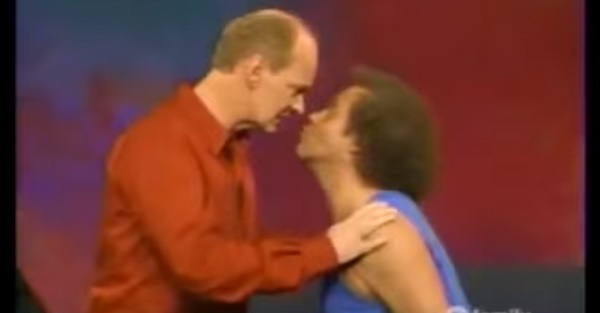