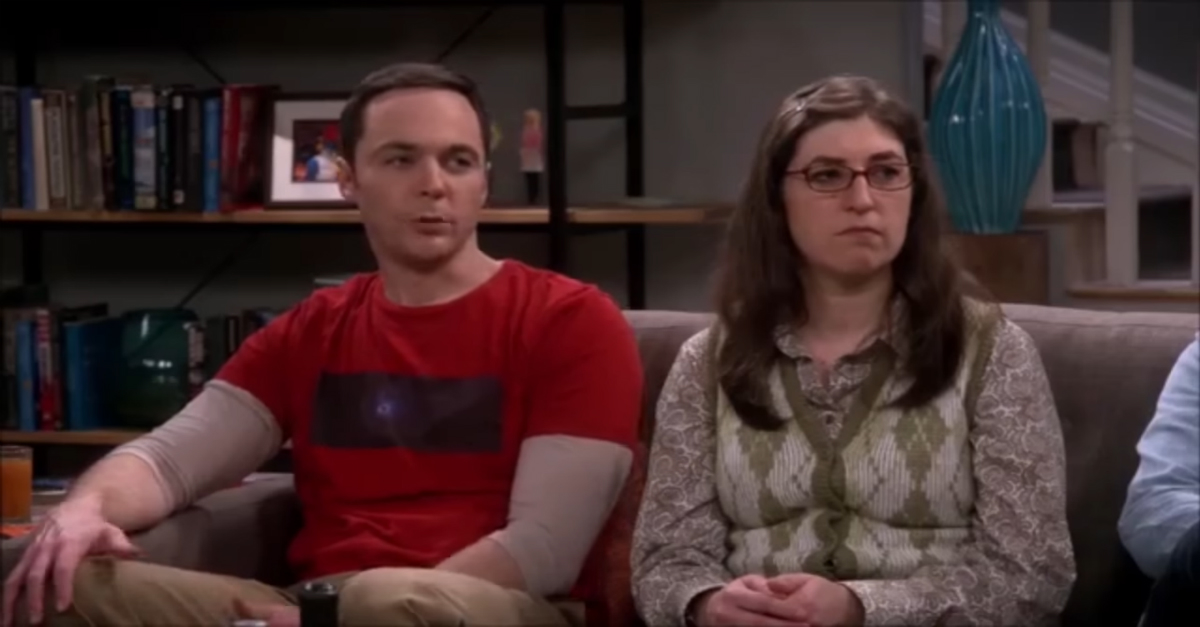 In this clip, video editor Owen Cooper has replaced the laughter of the “The Big Bang Theory?s” live studio audience with the laughter of chubby funster Ricky Gervais. And it’s more perfect than it has any right to be.

RELATED: Sheldon makes a big decision in this classic scene from ?The Big Bang Theory?

The playful jabs come across as mean. It’s a show about nerds, but adding Gervais’ laugh makes all the characters seem like bullies. For comparison, we’ve posted the scene in its original form below:

As one of the most popular shows on television, “The Bang Theory” is ripe for parody. Other edited clips of the show with the audience laughter removed have previously gone viral, and a recent ClickHole video poked fun at the craze by adding a hilariously excessive amount of laughter to a scene from the show.

Here’s a compilation video of Ricky Gervais laughing on the animated version of his podcast: