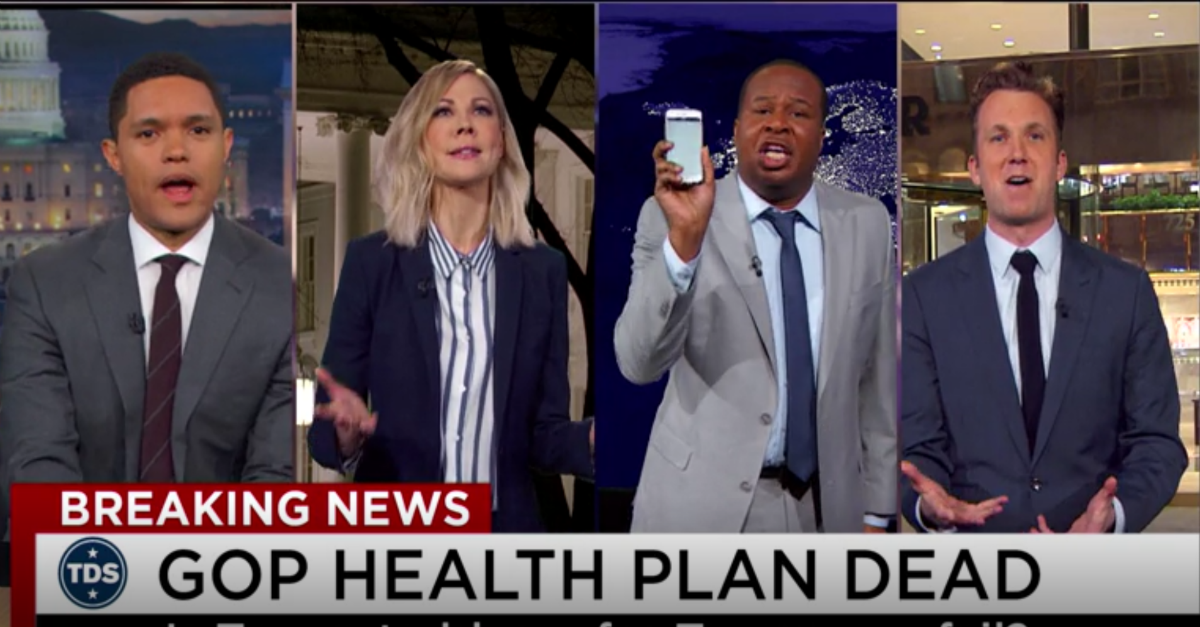 The failure of the Obamacare bill has found a lot of people shouldering the blame, including Speaker Paul Ryan and President Trump.

On Monday night, “The Daily Show” host Trevor Noah invited on a number of correspondents to try and get to the bottom of the issue. Unfortunately, their disagreement fell into absurdity with a dose of hilarity.

Steve Bannon, Barack Obama and even the Geico lizard found themselves under the ax for the monumental failure. When Trump’s name came up, another disagreement ensued — whether he was more similar to a whale or a paper boy.

RELATED: “The Daily Show” heads to the Trump rally to talk to his most fervent supporters

Unfortunately, we may never know if Paul Ryan, Donald Trump or even the Geico gecko were to blame for the failure of Trumpcare.