It’s pretty tough to nail down if somebody is a good Christian or follows the teachings of the Bible. Most of us would figure the Pope is a given but a Google search of “Pope Francis” and “anti-Christ” yields a lot of rants by bloggers who believe the pontiff is doing the work of Satan.

RELATED: “The Daily Show” heads to the Trump rally to talk to his most fervent supporters

Unsurprisingly, Trump’s hardcore supporters believe that he is a godly man. Religion has long been a major part of the Republican platform and the so-called “bible belt” is one of their most reliable voting blocks. “The Daily Show” sent correspondent Jordan Klepper into the heart of Trump country to talk to his supporters about the leader.

Trump’s most loyal voters were unanimous in their belief of Trump’s godliness. When asked, “do you think he’s always acted as a good Christian” one woman answered, “absolutely, yeah. How can you build that kind of empire if you’re not praying to God for good things every day?”

RELATED: Merriam-Webster defined “complicit” for Ivanka Trump after she said she didn’t know what it meant

Klepper even got an interview with Pastor Mark Burns, who gave the benediction at the Republican National Convention. When, as proof of his godliness, Burns pointed out that “[Donald Trump] believes marriage is between one man and one woman,” Klepper couldn’t help but take the bait, joking, “wait…until a younger woman comes along…this one man, one woman thing, I ran the numbers and they don’t add up.” 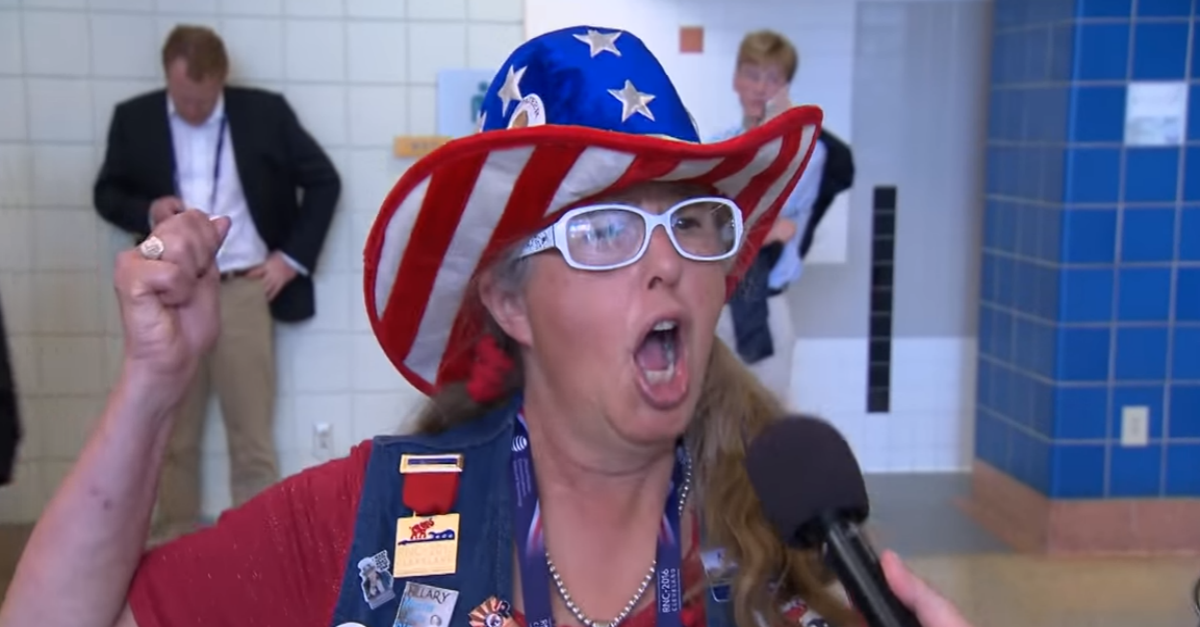