“The Daily Show” says what everybody is thinking: thank God for the Super Bowl so we can stop talking politics 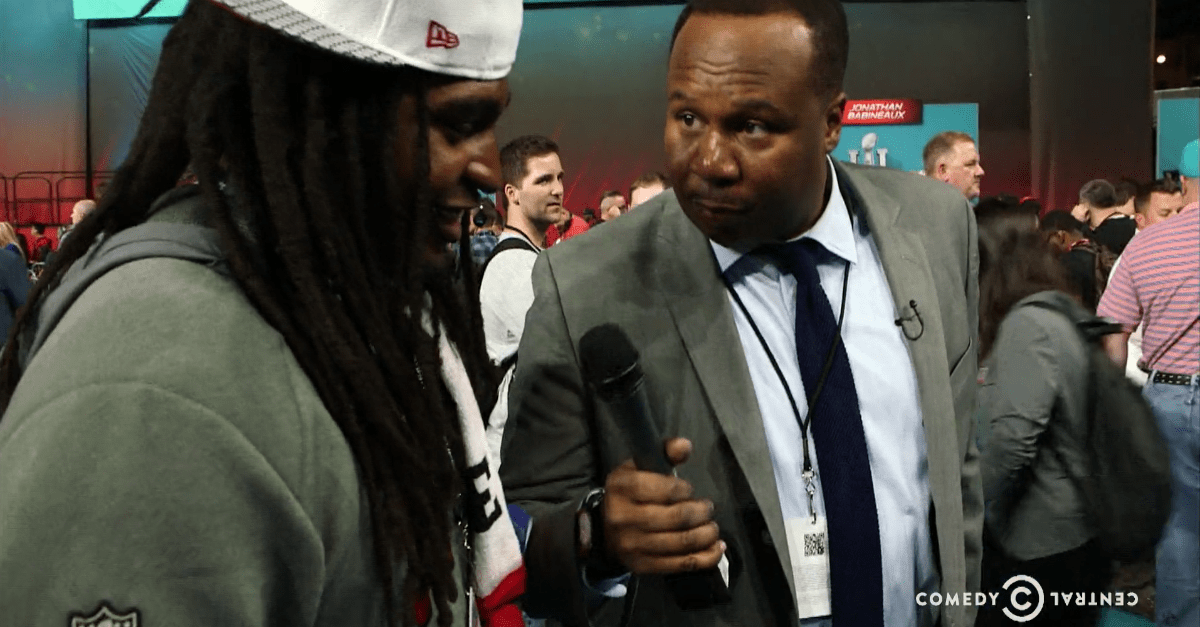 For the last few months, the internet, newspapers and television stations have been clogged up with political news, and a lot of the nation is tired of hearing about it.

Thankfully, in the past few days, we’ve been given a saving grace in terms of the Super Bowl. The big game is a day that most of us can come together over something other than how we feel about President Trump (in this case, that’s how we feel about Tom Brady).

RELATED: Puppies predicting the Super Bowl makes us want these little guys for all our decisions

On Thursday night, Trevor Noah sent reporter Roy Wood Jr. to the NFL’s Media Day, which takes place every year before the Super Bowl and allows the press to speak with the athletes who are otherwise secluded in preparation for what might turn out to be the biggest day of their lives. Wood happily declared that “in here, there’s no talk about a wall, there’s no talk about banning Muslims.”

RELATED: From tackles to tweets: NFL players read mean things that people say about them online

Unfortunately, the reporter wasn’t able to get politics off his mind, asking Falcons cornerback Jalen Collins questions based on “alternative stats.” He realized eventually that Media Day isn’t the best place to transition from politics to sports and finally got some help from sports reporter Katie Nolan.

Wood was doing well asking about the big game until Trump supporter Tom Brady showed up; then, Wood finally called it off to go cover a protest.