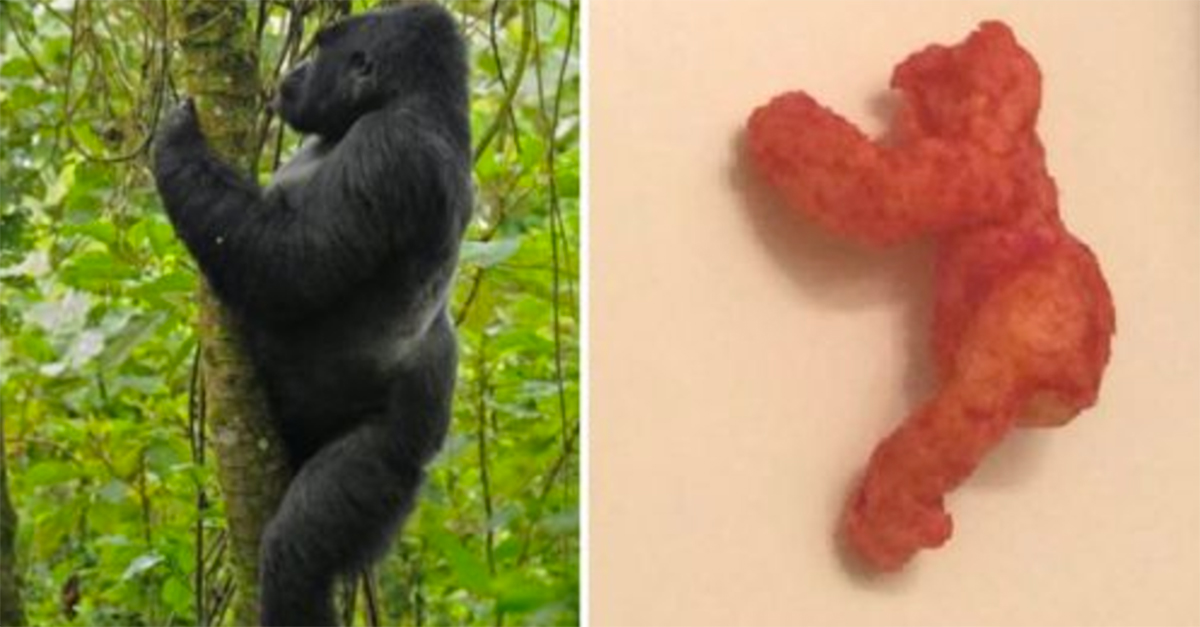 If you thought the Harambe days were over, think again. The memes may no longer be popping up on your news feed, but he is very much still a part of our world in the most unexpected ways. This week? A Hot Cheeto.

After the tragic shooting of the 17-year-old Western lowland gorilla at the Cincinnati Zoo on May 28, 2016, Harambe became a venerated part of our pop culture lexicon due to the proliferation of memes about him that spread like wildfire across the internet. The frenzy surrounding his status reached its peak during the 2016 presidential election. Many people vowed to write in Harambe’s name on their ballots, some people even went so far as to take photos of themselves writing in his name. The story truly exploded when a story began to circulate alleging that more than 15,000 people had voted for Harambe — this was, thankfully, later debunked by Snopes.

RELATED: Harambe lives on in this cover of a throwback Backstreet Boys hit

Though the future of the Republic certainly isn’t on the line with this latest Harambe news, it is a crazy story to process nonetheless. Ebay seller valuestampsinc is currently auctioning off a Cheeto shaped like Harambe for a whopping $99,900!

Yes, you read that correctly. Five figures. For a Cheeto.

The description of the item is as follows:

I opened up a bag of Flamin Hot Cheetos and as soon as I looked inside I came across this unique Cheetos that looks like Harambe the gorilla.

This item is one of a kind!

It measures up to about 1 1/2 inches in length.

This item up for bid is only for this unique Cheetos, bag not included.
This makes a great collectible for anyone who appreciates rare items!

According to The Daily Dot, the snack food shaped like a venerated gorilla was originally listed a little over a week ago for the bargain price of $11.99. The price has since skyrocketed due to unexpected interest and attention. If you’re interested in the details, the Dot has even mapped out a graph of the Cheeto’s price increase over time.