It’s Stuart’s birthday, and he can cry if he wants to!

In this hilarious skit from “MADtv,” Stuart is in his “dark place” when he believes that his mother, Doreen, forgot about his birthday. It turns out that Doreen didn’t forget at all and instead threw him a surprise party complete with all of his aunts and uncles and a special birthday gift!

Stuart is underwhelmed when he arrives at the party but quickly perks up when he sees that everyone pitched in to get him a “big boy bike.” He even admits that he was so excited, he peed a little.

To thank them, Stuart does a little dance, and with a shrill “Look what I can do!” he twists and turns for his family.

RELATED: In season nine of “MADtv,” Stuart and his mother finally visited a therapist

After Doreen insists that he go change his pants before getting on the bike, Stuart returns without any pants at all and hopes right on the bike. Almost immediately, he falls off the bike and scrapes his elbow but continues to argue with his mother when she tells him to stop riding to get cleaned up.

“I want to go again, Mama! I have to spread my wings!”

And he’s off again, only to crash into the trash cans once more.

On the third attempt on the bike, Stuart goes in a completely different direction, crashing into his family.

But even through all of the chaos, he still remembers the most important part of the birthday party. 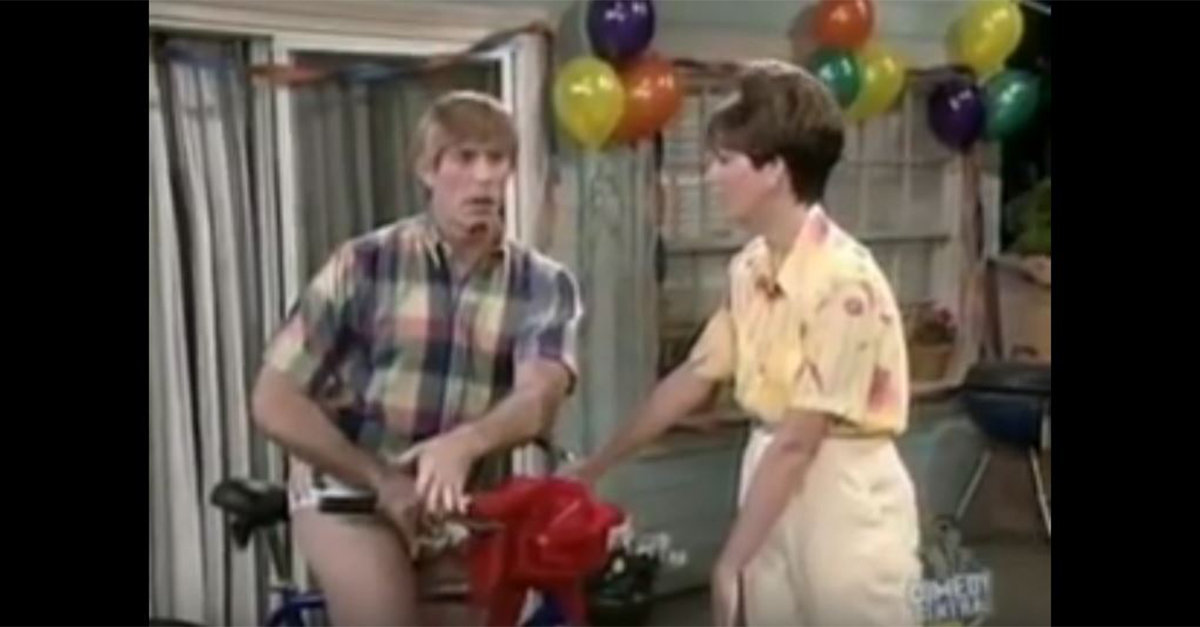