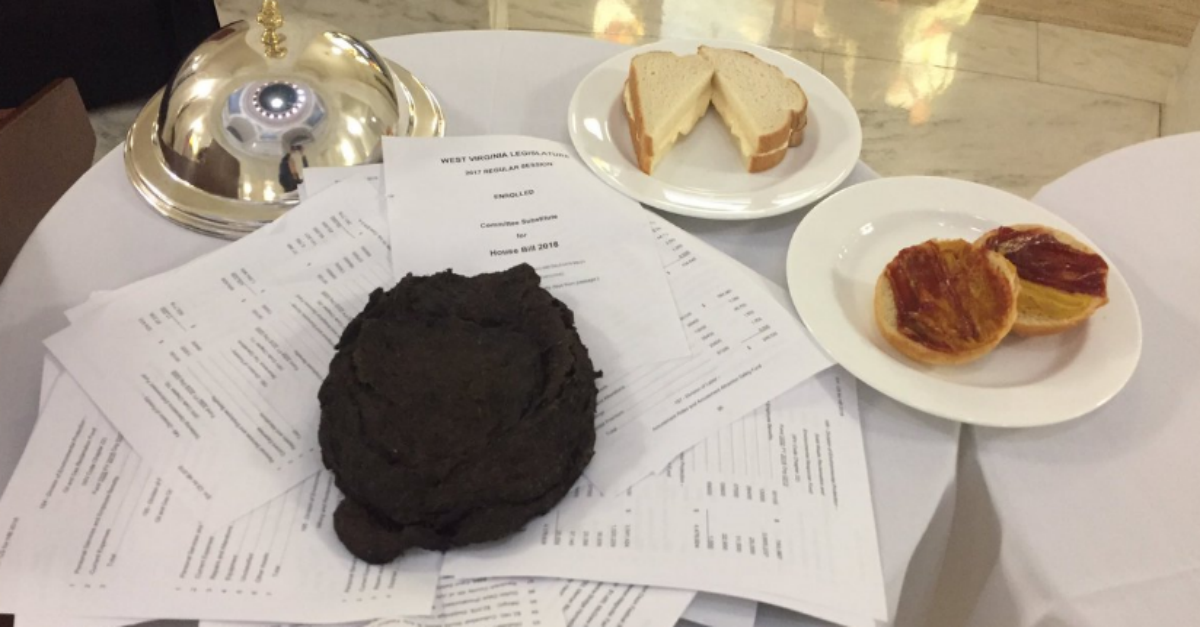 Governor Jim Justice of West Virginia is no fan of political insiders, most recently he’s gotten upset with the way his local lawmakers have written the new state budget. At a press conference in Charleston, West Virginia, the governor expressed his dissatisfaction with the proposed budget bill brought forth by state legislators. And he had the most creative prop we’ve seen in a long time–a heaping pile of bullshit presented on top of the budget.

When our legislators play politics with the budget, the people of WV get a pile of bull-💩. We deserve a budget that takes us to prosperity. pic.twitter.com/b34o5Azyxb

RELATED: Lindsey Graham proved that any press is good press when he retweeted an Onion article about himself

Justice began the press conference on Thursday by declaring, “We all should take ownership for this, but what we have is nothing more than a bunch of political bull-you-know-what.” The Democratic governor continued to say that he will veto the budget, forcing the lawmakers to return in a special session to rewrite the spending plan.

CONFIRMED @WVGovernor uses real cow dung as a prop to show how he feels about Capitol politics. pic.twitter.com/6AFCRHj6yI

According to WV Metro News, the $4.1 billion bill “included an increase in the consumer sales tax, a B&O tax on businesses and a rich man’s tax.” The new state budget also cuts money from education, West Virginia University President Gordon Gee told WV Metro News “[Justice] has a vision. He has a plan. Unless someone comes up with a better vision or a better plan let’s follow his lead.”

The real bullshit of the day is that Jim Justice still owes the state $4.4 million in unpaid taxes…

West Virginia Republicans fired back on Twitter that “the real bullshit of the day” is Justice’s unpaid taxes.