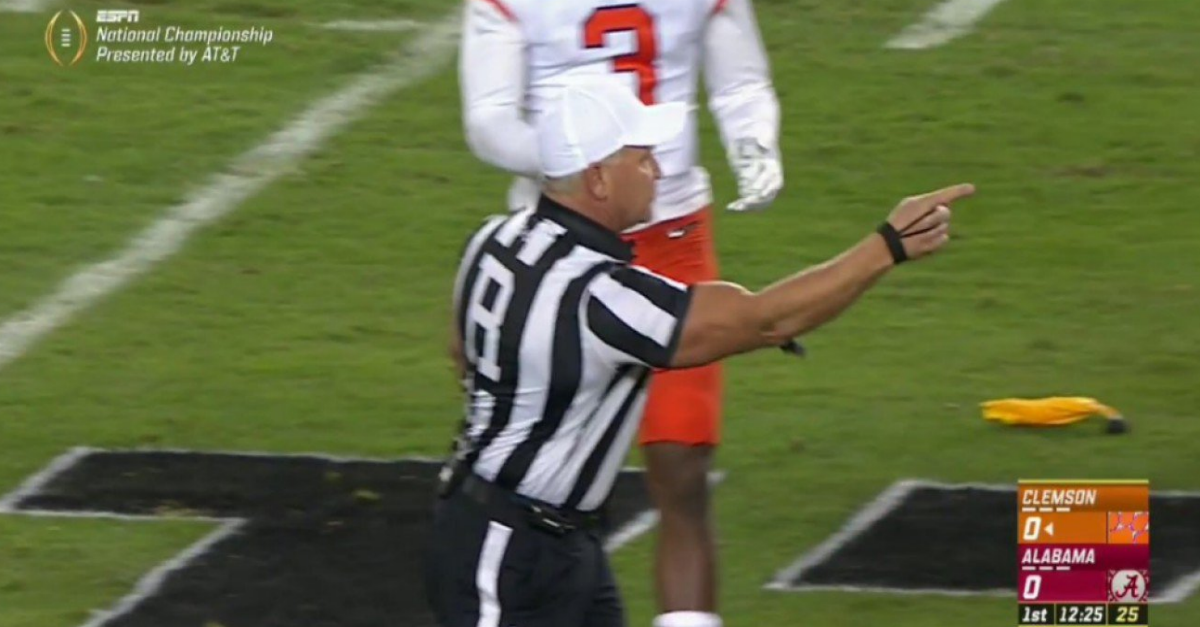 Monday night’s national championship football game between Clemson and Alabama featured a number of fantastic athletes and an historic finish, but the real talk of the game was the jacked referee who clearly spends as much time in the gym as any of the players.

Of course, the internet couldn’t let such a moment pass without creating meme history.

Coach Williams is no longer the most jacked referee I've ever seen…#schmedium pic.twitter.com/S92ACSD6S9

We’re not sure of his shirt size, but it’s safe to say that his sleeves weren’t big enough.

He’s been training for his premier television appearance since his own football days.

RELATED: Watch the brutal brawl that broke out between some pretty fired up football fans at a Florida stadium

Why this referee more jacked than most of the players pic.twitter.com/5U1DtAQpzP