The Mooch got loose on “Saturday Night Live” 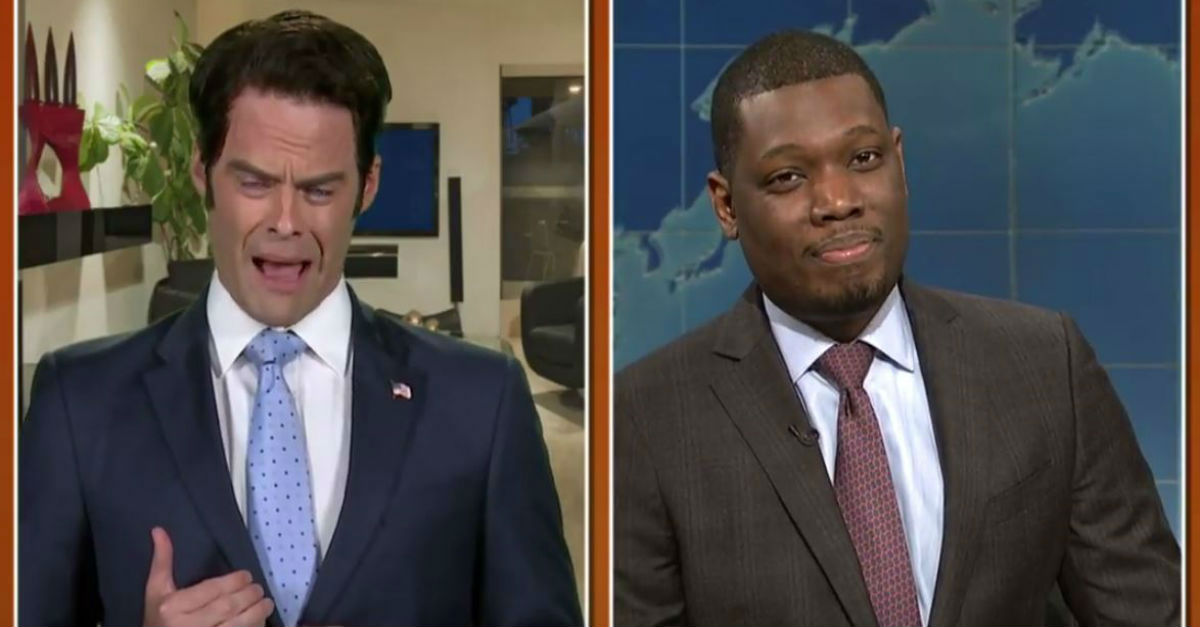 “Saturday Night Live” has been on hiatus for the summer, but the group brought back the “Weekend Update” segment of their show for the fall.

On Thursday night, the first edition of the “Weekend Update” segment aired and brought the laughs for a solid half-hour.

RELATED: The Trump boys swung by ?Weekend Update,? and one of them is definitely the smart one

The “Weekend Update” segment featured a number of characters from the Trump presidency. The sons of the president were lampooned, and of course, host Michael Che took a stab at former White House communications director Anthony Scaramucci.

“The Mooch” was portrayed by Bill Hader–a “Saturday Night Live” alumni–who was nominated for three Emmys while on the program. Hader played an over-the-top Scaramucci, who bragged, “Everyone loves the mooch! I’m like human cocaine.”

RELATED: Twitter went completely nuts when Anthony Scaramucci got fired ? and it was absolutely epic

Hader closed by asking for a job on “Saturday Night Live.” He declared, “I got jokes now,” and spat out a nursery rhyme that poked fun at Scaramucci’s infamous New Yorker interview.