“The President Show” gets a visit from Mario Cantone, who delivers a pitch-perfect portrayal of Anthony Scaramucci 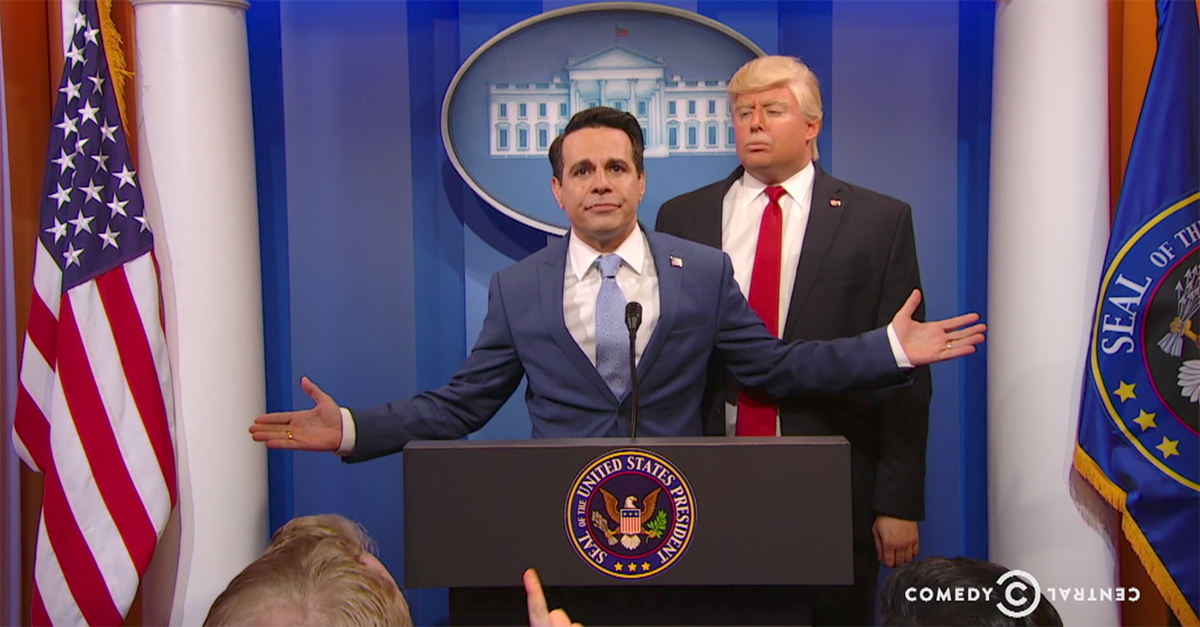 On this week’s episode of “The President Show,” Anthony Scaramucci, one of the most bombastic new White House staffers, made his glorious debut.

Comedian Mario Cantone, who in the early days of his stand-up career derived much of his material from his rollicking Italian-American family, was a perfect choice to portray the uproarious new White House communications director. Anthony Scaramucci, AKA “The Mooch,” was appointed to the role a little over a week ago, and he’s already stirred plenty of controversy. Notably, The New Yorker published an interview during which Scaramucci threatened to fire his entire staff in order to stop leaks to the media.

RELATED: Ron Perlman from ?Sons of Anarchy? went on T.V. and did a brilliant impersonation of President Trump

Scaramucci’s grandiose manner of speaking and propensity for foul language was ripe fruit for the picking for “The President Show.” It was only a matter of time before Anthony Atamanuik, the creator of the program who also plays the role of President Trump, introduced a satirized version of The Mooch to the world — enter, Mario Cantone.

?I?m gonna fire so many people I don?t know who it?s gonna be, Reince, but I?m gonna get to the bottom of the leakage in the White House, you hear me Reince? There?s an old Italian expression my mother used to use when somebody hurt her. She?d say, ?Stick the umbrella up my ass, but don?t open it,?? Cantone’s Scaramucci proclaimed, no doubt in reference to the aforementioned New Yorker interview.

Cantone also touched on Scaramucci’s open admiration for President Trump. “I love President Trump. He’s the love of my life,” Cantone said with the president standing right behind him. ?This guy is phenomenal. I?ve seen him at Madison Square Garden in a topcoat hitting foul shots. Swish, swish, it swished. I?ve also seen him eat a live raccoon, bones and all, and shit out a Siamese house cat.?