The “T-Rex Snow Removal Service” has us roaring with laughter 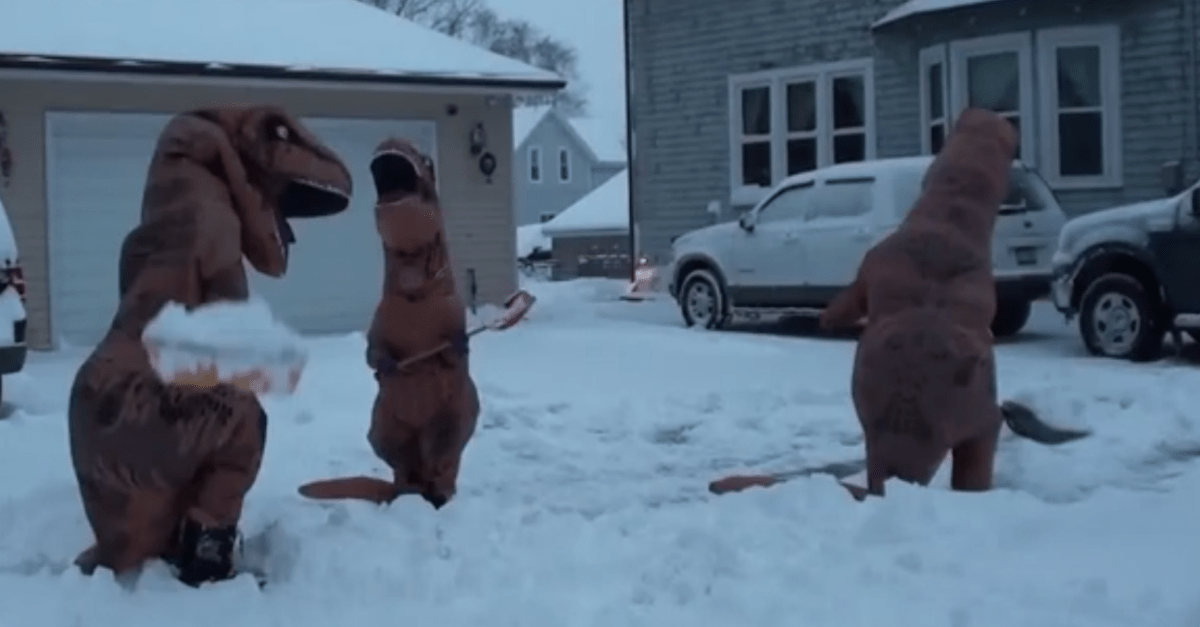 Nobody likes shoveling snow, but everybody loves dressing up as a T-Rex. It’s the one thing that makes everything better.

One man decided that he would be both a T-Rex and a Good Samaritan and shovel snow out of his neighbor’s yard. Unfortunately, he hadn’t gotten very far when he realized that it’s pretty tough to shovel snow when you’ve got such tiny arms.

In case you’re ever stuck in a game of trivia, Tyrannosaurus is Greek for tyrant lizard, and the actual creatures probably would have seen some snow. The Smithsonian fact sheet says that the massive creatures lived in the Western United States, specifically Montana and Wyoming.