Oftentimes, “SNL” will bring back super popular hosts and guest stars and make fun of them in one long skit that they have to participate in. That was certainly the case for Christopher Walken, who has been hosting since the 1980s and has played myriad characters over the years.

For the “Walken Family Reunion,” Christopher got to reunite with some of his favorite “family members” at a bar. There were some cousins and a niece and nephew played by Amy Poehler and Andy Samberg. Jason Sudeikis got in on the action, along with Fred Armisen, who plays a very flamboyant relative.

Darrell Hammond, Kristen Wiig and even Kenan Thompson all had roles to play. All the while, they were all using classic Walken speech, with its famous elongated pauses and awkward speaking patterns. The episode originally aired in April of 2008, but it’s still funny to this day. 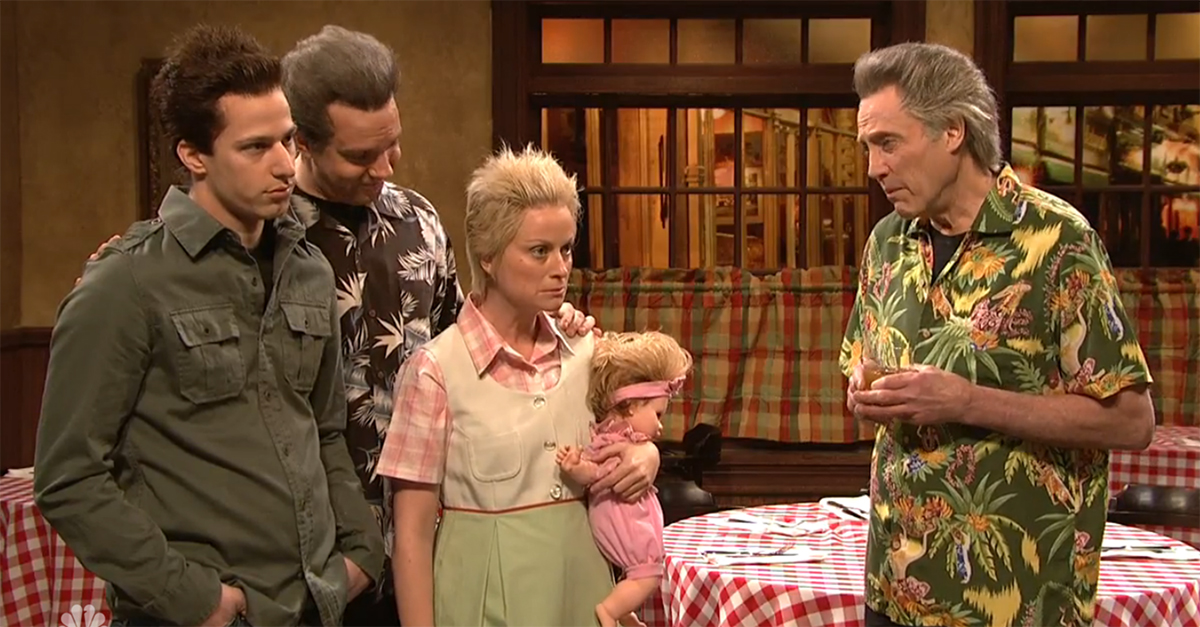