Their Silverado reached a momentous milestone, so they celebrated accordingly 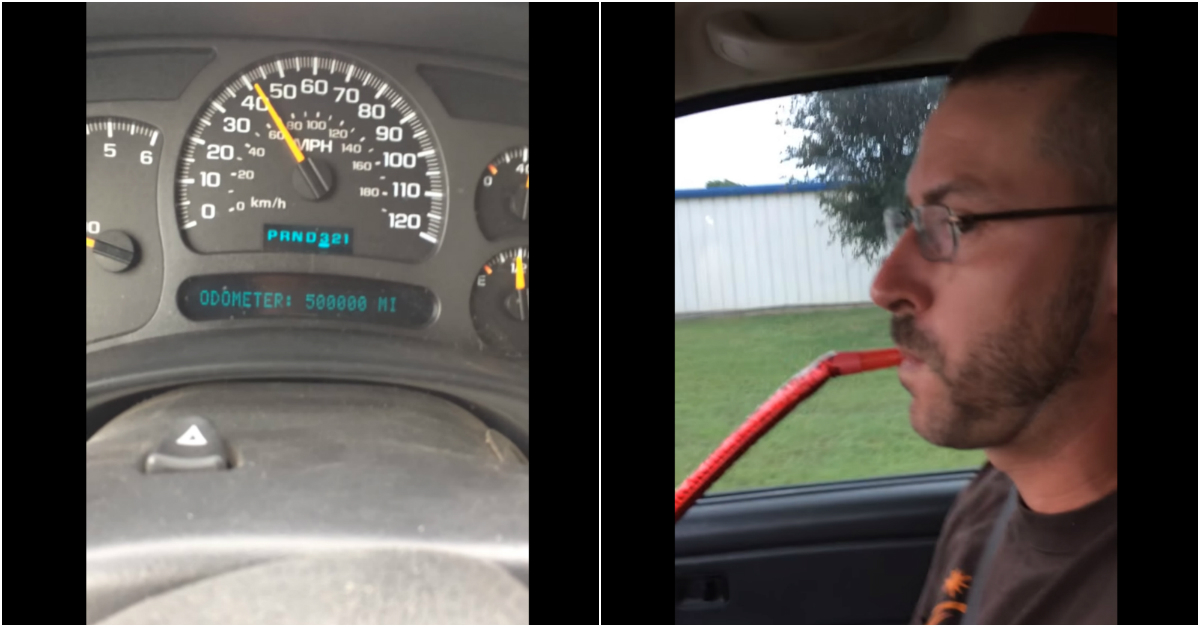 It’s hard to celebrate when your vehicle’s mileage tracker reaches an important milestone. If you’re behind the wheel, you can’t exactly party down. For safety’s sake, you need to keep your eyes on the road.

But there is a way to commemorate these occasions while you’re driving, as this video — which was uploaded to YouTube by John Cockrell — proves.

RELATED: Meet Logan, who wants us to pay off a speeding ticket he got with a car full of “bald eagle p*ss and freedom”

The driver of this Chevy Silverado filmed his mileage counter as it ticked over to 500,000 miles, he then turned the camera around to film his friend who was riding in the passenger seat. The friend demurely blows a party horn and reveals that he’s holding a cupcake with a single candle sitting on top.

The whole thing is over in thirty seconds, but we’re honored to have witnessed such an important occasion in the life of that Chevy Silverado.