Donald Trump doesn’t like it when people portray him in an unflattering light.

Politico reported that in a meeting with top media executives, Trump berated NBC president Deborah Turness, saying that her “network won’t run a nice picture of him, instead choosing ‘this picture of me,’ as he made a face with a double chin.”

In a primary debate, he ranted against Marco Rubio calling his hands small, and went so far as to make a phallic reference. “And he referred to my hands if they’re small, something else must be small,” Trump said. “I guarantee you there’s no problem. I guarantee you.”

Unfortunately for Trump, Andy Lassner, a producer at Ellen, had a little fun with Photoshop, taking the president-elect’s chin to task. The unflattering picture shows Trump with not just a double chin, but a sort of chin that seems to be falling, searching for solid ground. And Twitter is loving it.

But, of course, Lassner was just looking out for the Donald; he told all his followers not to use the picture of the future president.

Lassner’s followers have eagerly run with the image and even thrown in some of their own favorite pictures of Trump. 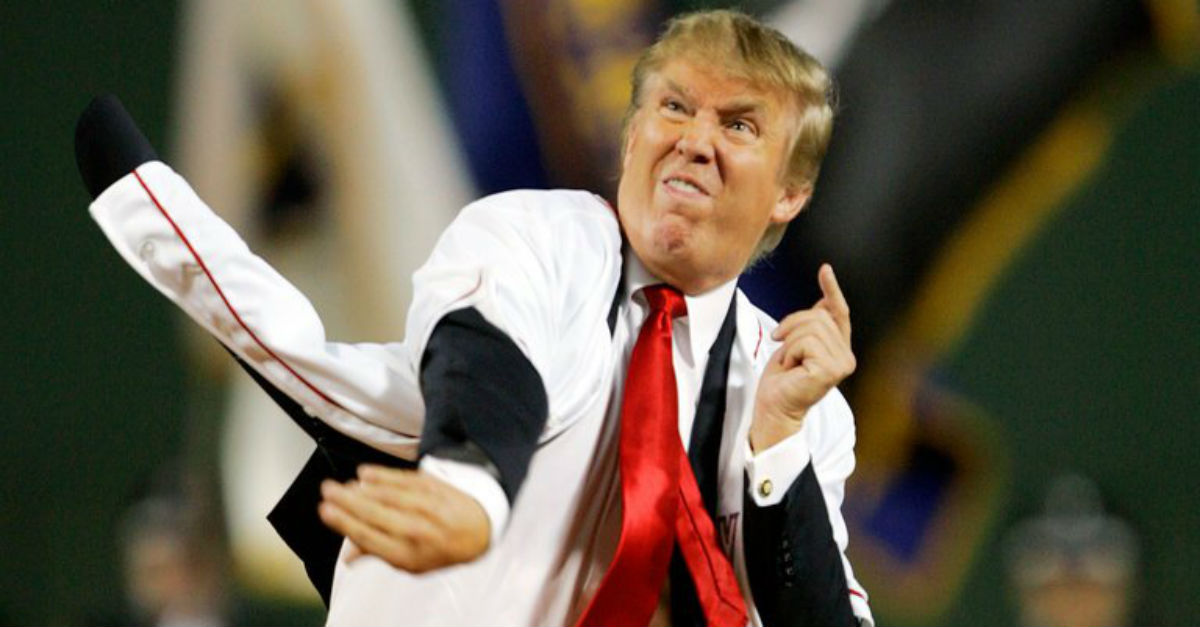