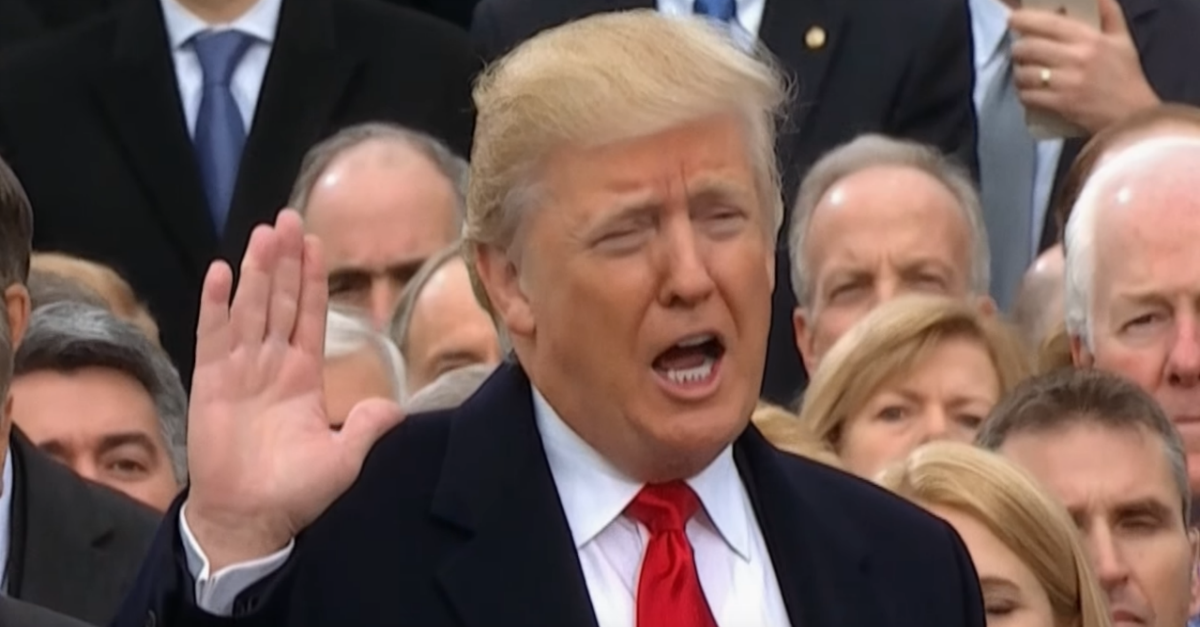 The guys and gals over at “Bad Lip Reading” produce some of the funniest YouTube videos on the Web. They’ve put their own spin on sports games, presidential debates, and even “Star Wars.” With their latest video, they’re taking on President Trump’s inauguration.

RELATED: Take a look back at the Democratic National Convention with this hilarious “Bad Lip Reading”

They got a few knocks on each side of the aisle, from Barack Obama telling Trump “now’s your chance, call it off,” to a few hilarious George W. Bush moments. Incidentally, Bush stole the show at the inauguration ceremony with the photos of him in a poncho.

Never thought I'd say that George W Bush is all of us, but here we are #Inauguration pic.twitter.com/anqkQWhDCq

RELATED: Ted Cruz’s RNC speech gets the “Bad Lip Reading” treatment and it’ll have you in stitches

Perhaps the best moment of the entire clip was Chief Justice John Roberts swearing in the 45th President of the United States with the oath, “Raise your shrunken hand and repeat after me…I personally have puked at a cagefight.”