These dudes thought they could last the entire night wearing heels, and it absolutely blew up in their faces 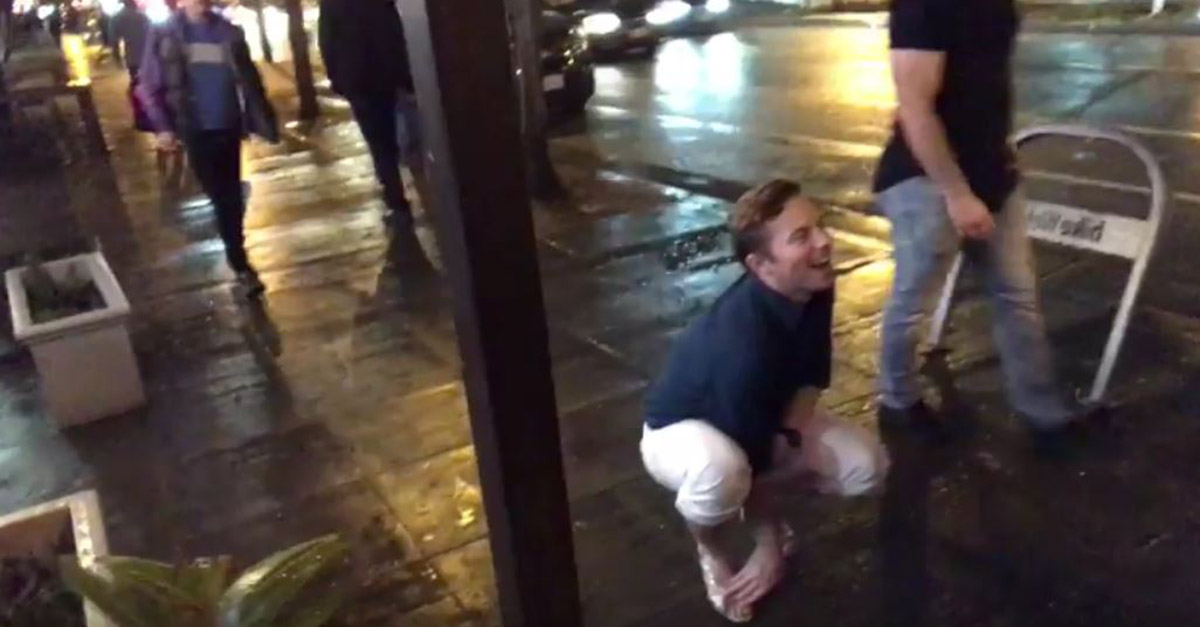 We’ll give them points for trying!

These confident guys thought they could last an entire night out, complete with dinner and dancing, in stilettos, and it quickly took a turn for them. They really should have taken the advice of their wives, girlfriends and female producers, because this was definitely a recipe for disaster.

Sure, heels really do complete the outfit, but most women have been suffering from blisters and sore feet for centuries, something these guys didn’t take into consideration.

Once the shoes were on their feet, they were ready to go!

“It’s not the worst, yet. But, it’s only been a few minutes,” one of the guys quipped at the seated dinner.

Soon after dinner, the guys made the half a block trip to the first bar. It should have taken them mere minutes to get there, but because heels are uncomfortable, it took them about 9 minutes.

RELATED: This guy got pretty creative to make an ordinary trip to the dentist into one hilarious video

Once at the bar, the guys did a lot of dancing and were nearly cut off by the bartender after an unfortunate accident. One of the guys got their heel stuck in the bar stool and totally face planted. Talk about a hazard!

The real pain, however, came when one of the guys was stepped on during the trek to the second bar.

“Welcome to the real world!” someone shouted off-screen.

After the second bar, two of the men left the mission, leaving two to venture to the next bar. By that point, things were really going downhill for them.

“Every inch of my being was screaming, ‘Get out of these heels!'” one of the men said.

Guess they won’t do that again!