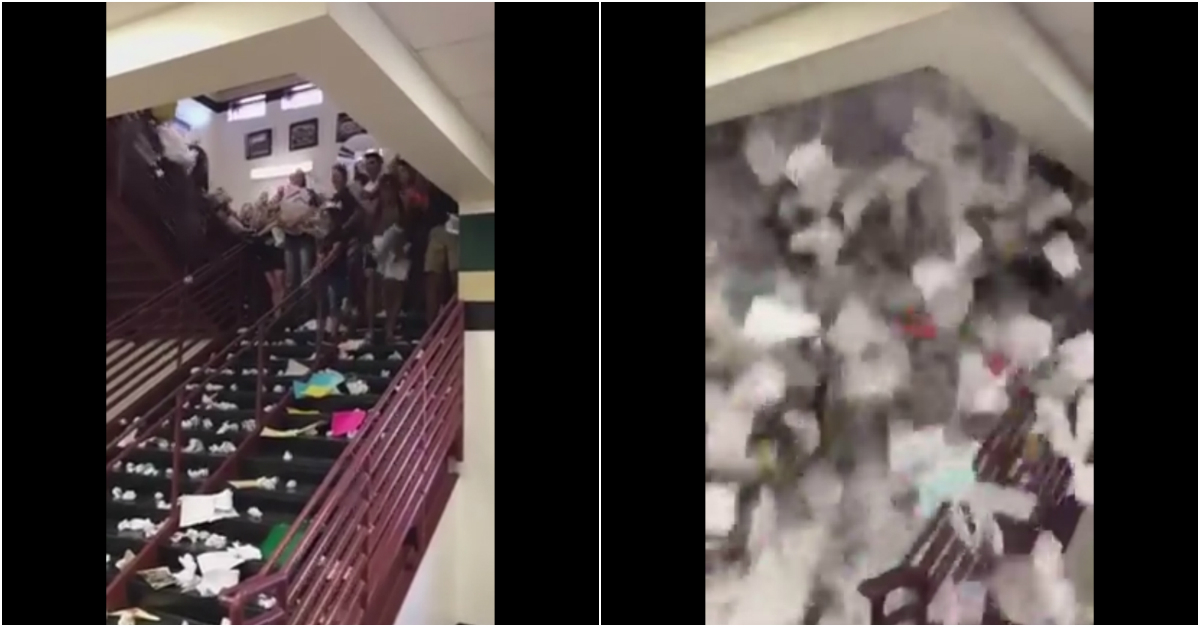 As you can see, instead of having a quaint little party or going for a nice steak dinner, these kids thought it would be fun to toss what appears to be several billion sheets of paper in the air.

RELATED: Now you can finally get tactical with ?gunsticles,? the gonads for your gun

The result is a seemingly endless storm of paper raining down the kids as they gather in the stairwell. As the paper falls, it collects on the stairs and forms a slope, which allows a few of the braver students to slide down into the paper-filled abyss below.

It probably seemed like a cool idea at the time. But somebody had to clean up the mess these selfish kids made and we’re pretty sure it wasn’t them.