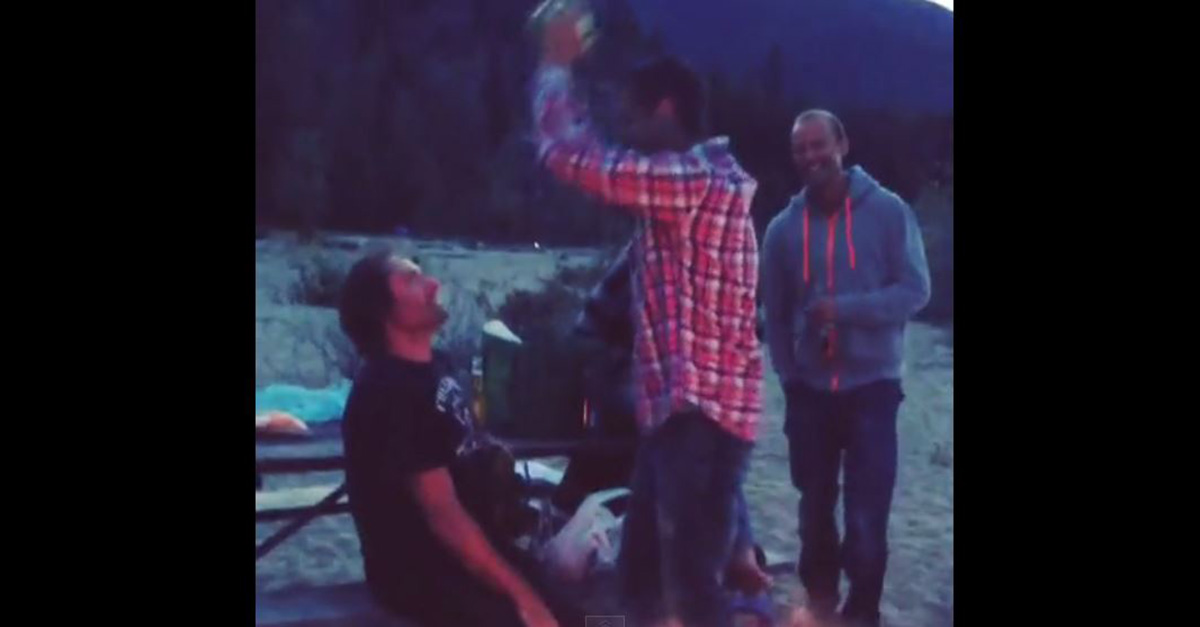 via Rumble
Via Rumble

I guess it’s all fun and games to get a watermelon smashed on your head. This group of friends was enjoying a nice, late-night picnic when one of them decided to spice things up by smashing a small watermelon on his friend’s head.

The first attempt failed miserably, and their friends laughed at them. Eventually, after a couple more head butts, that watermelon finally did fall apart in the flannel-covered friend’s hands. That seriously looked like it hurt! Someone get that guy an aspirin!

These videos aren’t just of people smashing out watermelons for no reason. In fact, some of them are from interesting tv shows. One video shows a man on a tv show, trying to beat the official Guinness World Record of smashing 43 watermelons with his forehead. Apparently, he has a special talent of using his forehead to smash stuff in one try. He only made it to 31.

Another video comes from the Aussie duo, Marty and Michael. These two hilarious dudes are known for doing crazy challenges and wildly stupid stuff, almost like what you see on Johnny Knoxville’s Jackass or MTV’s Ridiculousness. So of course, they also filmed themselves doing this watermelon challenge. You can check out more of their craziness on their Facebook page.

I’m not sure what it is this year with watermelons, but it seems like the general public is having more fun using them for other purposes than nutrients to feed your body. Aside from it being used to possibly self-inflict brain damage, they’ve been also used as face masks in robberies. Maybe the coronavirus really is making people go a little insane.

Editor’s note: This article was originally published on June 26, 2017.