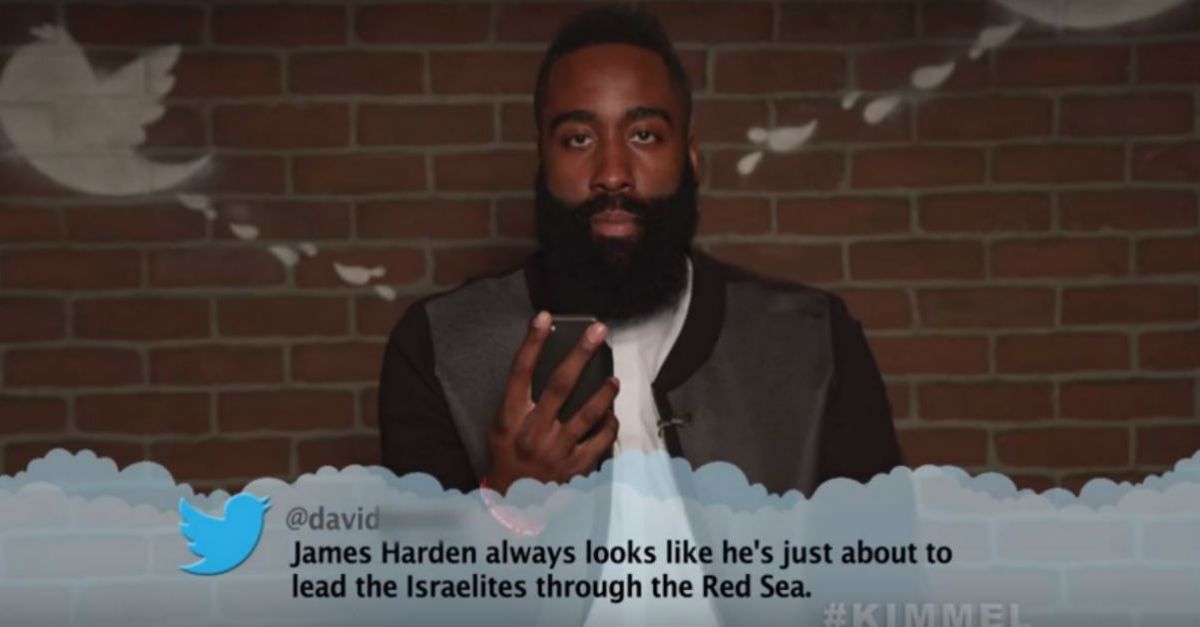 NBA players have to block out a lot of stuff – screaming hecklers, referees making calls that don’t go their way and a season with over 80 games. But, even these tough guys weren’t expecting the vitriol that flows out of Twitter.

While the tweets were a bit mean, some of the burns were also pretty hilarious. James Harden of the Houston Rockets read a tweet saying, “James Harden always looks like he’s about to lead the Israelites to the Red Sea.”

RELATED: President Obama hits Donald Trump below the belt in an unforgettable installment of “Mean Tweets”

But, it wasn’t just basketball players, a number of anchors, sports commentators and analysts got in on the fun to read the worst things that the internet has to say about them.