These picky eaters can’t stop crying over food, and their struggle is real 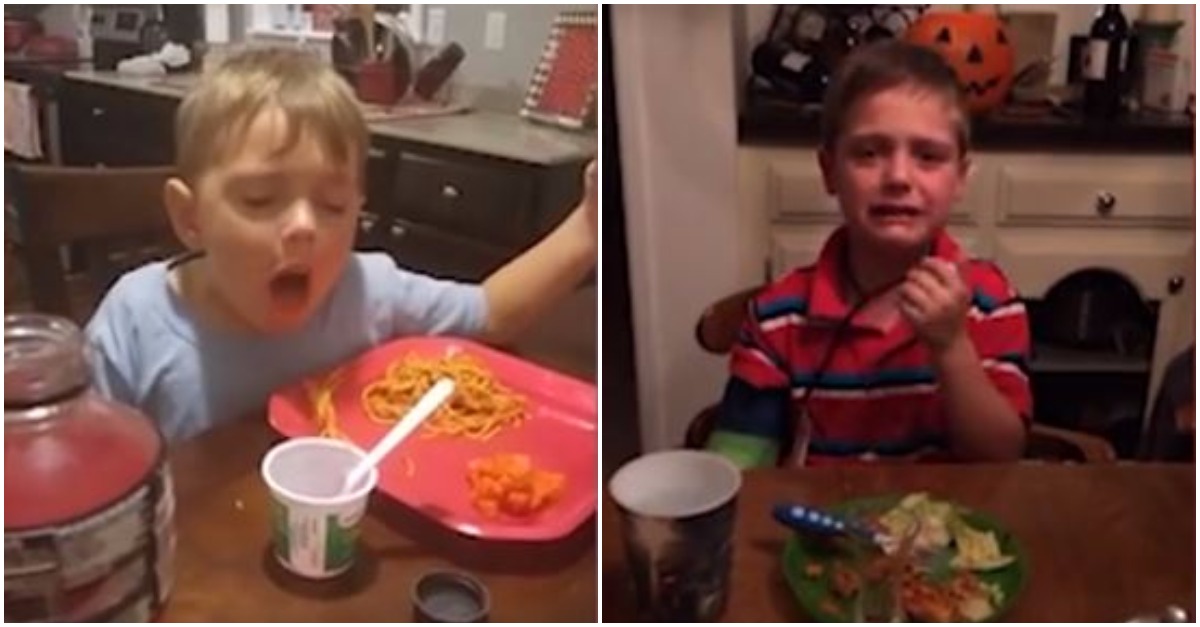 It can be hard to get kids to try new foods, but it’s even harder if they’re picky eaters. While it might not be easy for parents to deal with their picky eaters, it sure is funny to watch the kids break down and cry over food, and that’s exactly what you’ll see in this hilarious compilation.

The compilation features parents trying to get their kids to eat everything from spaghetti to salad to broccoli cheddar soup. In one instance, a dad starts to text Santa to tell him that his son won’t eat dinner. In another case, a boy is crying while claiming that the lettuce in the salad he had to eat was killing him.

“I don’t want to eat a vegetable every day!” a girl in a different video says while crying.

Picky eaters may not be the easiest to deal with, but they do provide us with some hilarious moments like these.