As Americans, we have a lot of fascinations, including monster trucks, guns, and men so strong they’re capable of seemingly inhuman feats. However, two strongmen calling themselves “Chop and Steele” have completely changed the game, and they did it on local morning shows.

The pair convinced news outlets they were a bonafide group of strongmen and that they were actually preparing a tour entitled “Give Thanks for Strengths.” In reality, no such tour exists and the two are just clever pranksters who host the Found Footage Comedy Festival.

RELATED: When this weatherwoman made a gaffe on live television, she was laughing too hard to give the forecast

They busted out a variety of props, including sticks (that they found in the parking lot), gallons of chocolate milk, and tennis rackets to show off their incredibly-average levels of strength.

Ironically, ridiculous television is actually their specialty, as their comedy show highlights the more absurd bits of live television (and local car dealership commercials) that they’ve been able to dig up. 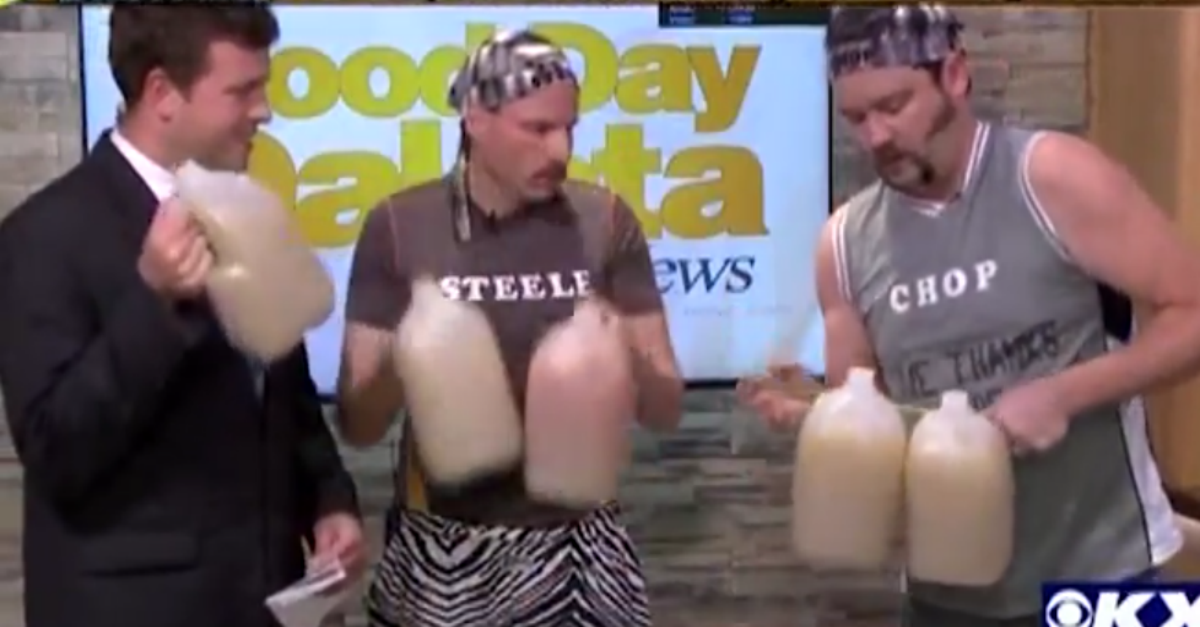