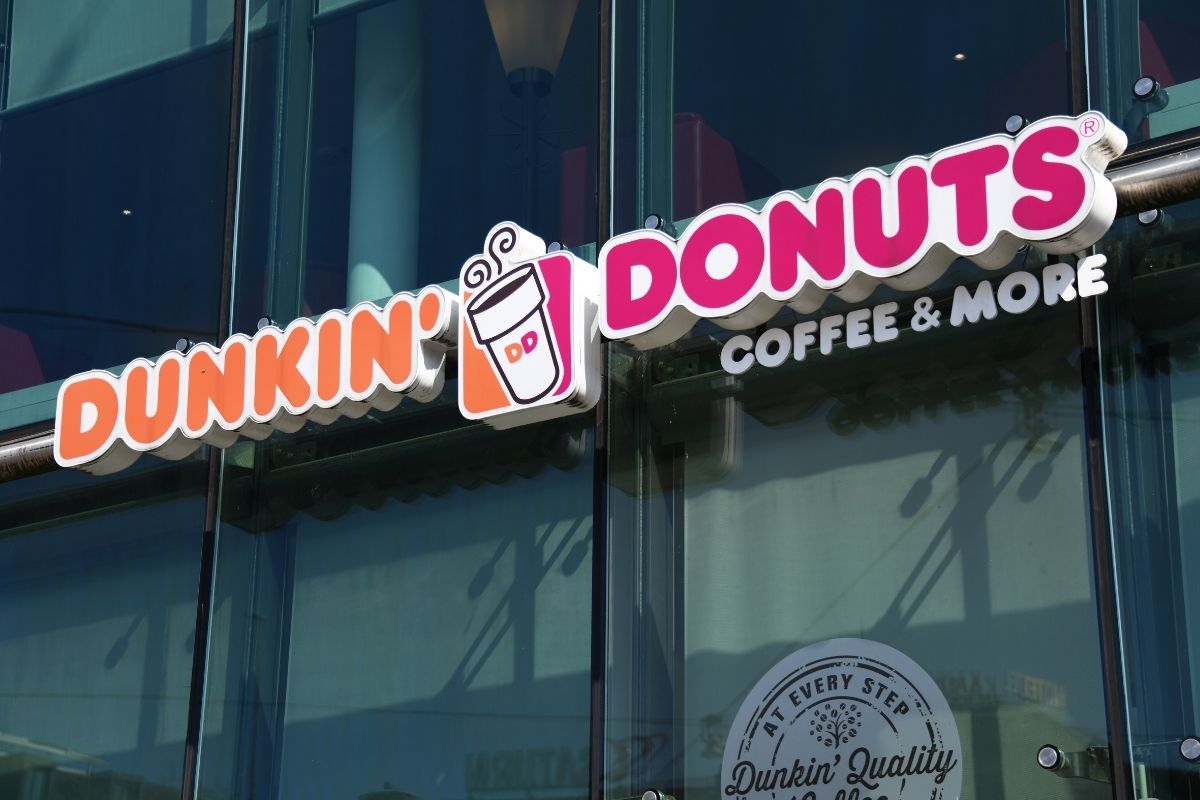 What do you do when your ultimate plan to rob a doughnut shop fails? You settle for the next best thing, yes, a doughnut. Turns out a silly and stupid thief decided to walk out with a half dozen doughnuts when he couldn’t pop open the register. Yes, talk about a sweet tooth.

The robber decided to jump over the East Village Dunkin’ Donuts counter at around 9:20 in the morning, expecting to make off with some good cash. But, obviously failed and well, he was hungry, so he did what he could to satisfy his needs. Failing to open the checkout drawer he quickly grabbed five or six doughnuts and stuffed them in a paper bag.

An employee tried to stop the man, but the robber kept punching the poor employee in the face and took off. The worker was treated for minor injuries by EMS. The NYPD released a surveillance photo so the suspect, hoping someone recognizes the evil evil donut thief. I have to give this man props, he really tried. What a dummy though, I bet he thought robbing a doughnut shop was the easiest thing in the world. Well, you’re wrong my man, you messed with the wrong Dunkin’ Donuts, that’s for sure.

No Money? Just Give Me a Donut!

Wanted – Donut Desperado
On June 1st at 8:28pm this actor jumped the counter at @dunkindonuts on George's Rd took a donut while live streaming. This is 2nd incident. Any info call 732-329-4646. pic.twitter.com/fyFOftvPRt

Surprisingly enough, this isn’t the only Dunkin’ Donuts robbery that has made headlines. Back in June, a guy in New Jersey decided to actually live stream his own donough theft, because well, he was probably drunk. The clip was shared by the South Brunswick Police Department showing the unidentified man in a red hoodie holding his cell phone up while he dances on the restaurants counter. He then jumps down and swigs a doughnut and a bottle of water. He continues to film himself as he walks past a table of customers, and then, poof, the security footage ends.

Ever since, the police dubbed the man as the “Donut Desperado” since this was the second time he robbed a place. Back in May, the Donut Desperado also live-streamed himself at the Chinese restaurant across the street from Dunkin’ Donuts.

Seems to me like robbers are getting way too creative on social media these days.

Editors Note: This article was originally published on September 18, 2019.