Just about every single small country has come out with one of these videos that declare that while Donald Trump might see his policies as “America first,” they hope to be second. However, the videos have gotten pretty dated, and we’ve gotten sort of bored of them. But then somebody built a video declaring “America first, Mordor second.”

Mordor probably has one of the more famous walls in all of fiction, and of course, they couldn’t help but brag about it in their introduction video. They also pointed out, “We don’t have to treat our women badly, because we don’t have any women.”

RELATED: Not to be outdone by the Netherlands, Switzerland made its own bigly video for President Trump 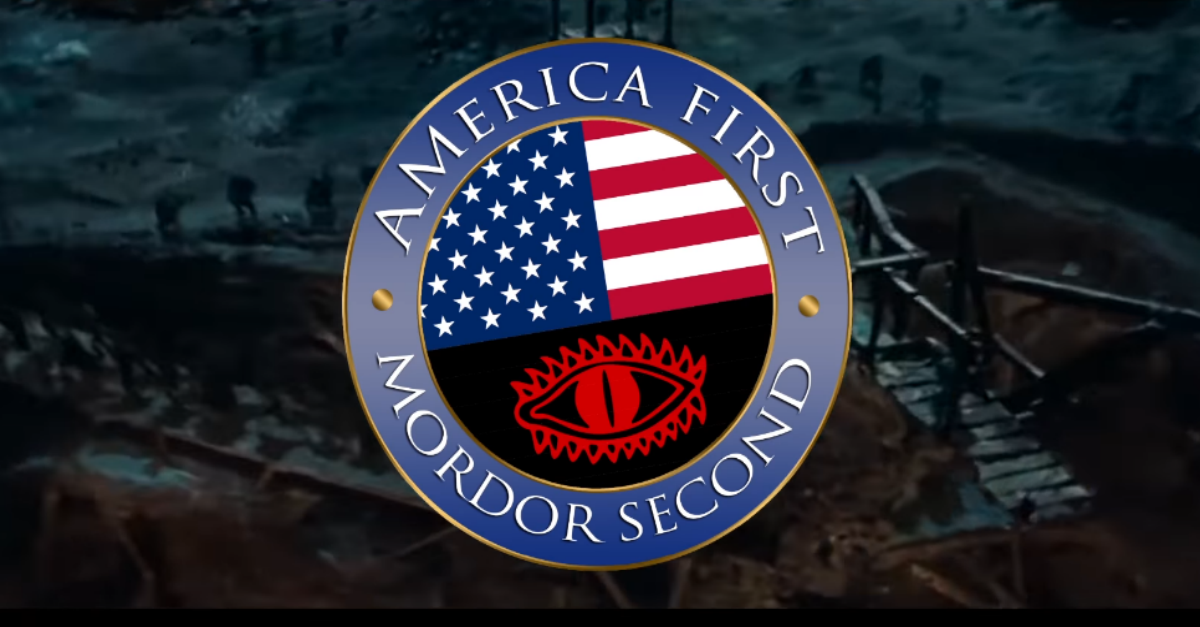